The world of MMA is vast and for any newcomer, it might need an explanation.

Mixed Martial Arts, better known as MMA, is a fascinating world for those who understand it. However, there is a large percentage of people who are not quite aware of what MMA or UFC is.

Given the popularity of the sport in the modern-day world and the presence of hardcore fans, there is a very large invisible barrier to enter the world of cage-fighting. This barrier can be somewhat intimidating for any beginner.

In this article, we will be talking about what MMA and the UFC are, as well as mentioning popular fighters (Yes, we'll mention Conor McGregor, we promise) and other facts that a newcomer to the sport needs to know. Remember, we are allowed to talk about it, this is not Fight Club.

MMA or Mixed Martial Arts is a combat sport, which allows both striking (punching, kicking, elbows) and grappling (wrestling), while both standing and on the ground. MMA uses techniques from various forms of combat and martial arts and was heard of as MMA for the first time during the review of UFC 1. 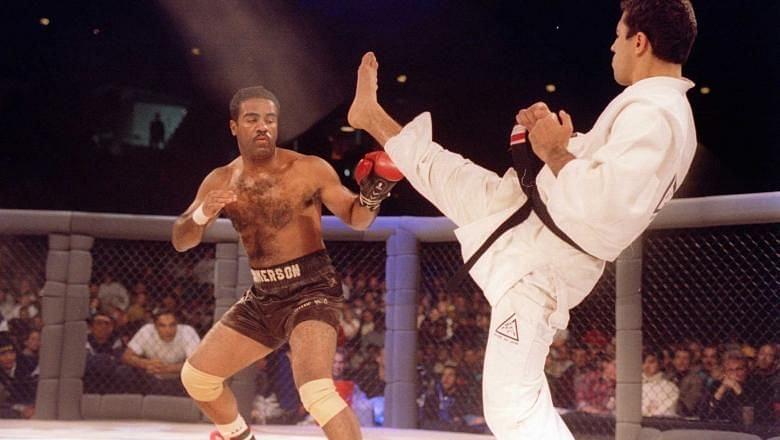 Before talking about MMA more, here let's take a look at UFC as well.

UFC or The Ultimate Fighting Championship is an MMA promotion, which is currently the global leader of the sport. The company has held over 500 live events and held its first event on 12th November 1993. Currently, Dana White is the president of the UFC.

During its infancy, UFC suffered growing pains as back then MMA was not regulated and was looked down upon, with Senator McCain famously terming the sport "human cockfighting". However, since then, a number of regulations have been added and the sport is well-regulated and respected. Back in those days, UFC had no rules, but now there are several rules in place that the fighters have to follow in the cage. 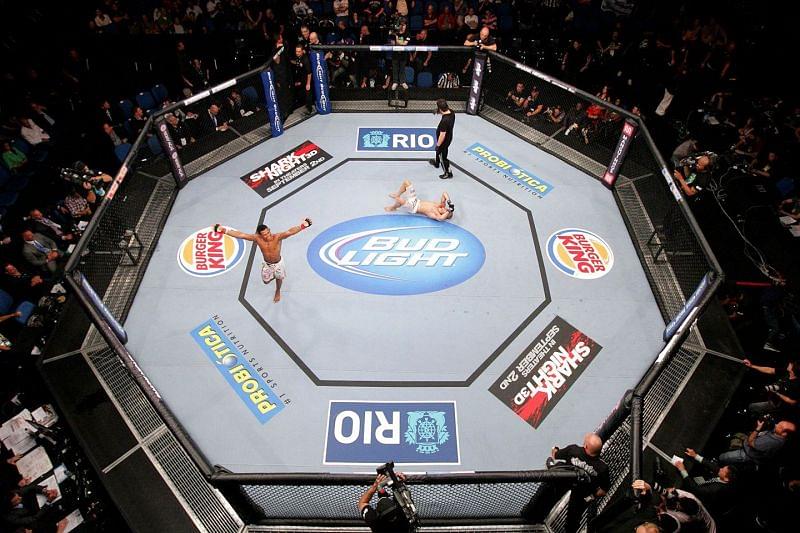 In the current UFC form of MMA, fighters enter the cage, known in the company as Octagon for its eight sides, and fight against each other until:

Weight divisions are an important part of MMA as otherwise, bigger fighters would fight those of smaller stature in what might have been quite unfair fights.

There are several divisions in weight. In the UFC, there are the following weight divisions:

How long are UFC fights?

UFC fights are typically divided into three rounds of five minutes each. For main events and title fights, usually, a clause is added for five separate five-minute rounds. 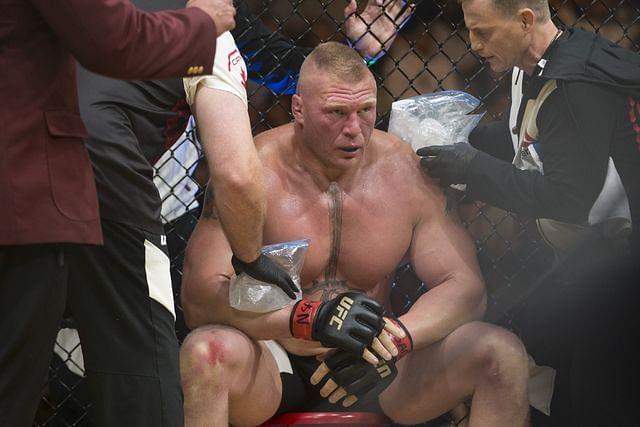 Brock Lesnar receives attention during a break between rounds

The rounds have a gap in between them, allowing the fighters to catch their breath, listen to advice from their coaches, or to be treated.

This is one of the most common questions that newcomers to the sport ask. MMA is a very real and very dangerous sport, where fighters have to face each other inside a cage. It is definitely not for the faint-hearted, or for those who cannot bear to see someone else in pain.

Dr. David Worman explained why UFC is not as dangerous as it seems to the casual observers.

“What the casual observer doesn't understand, is that these events are not street brawls or bar fights.  The competitors are closely matched in size and are protected with groin cups, mouth guards, and small gloves. They are entering into a padded, contained, and protected arena.” 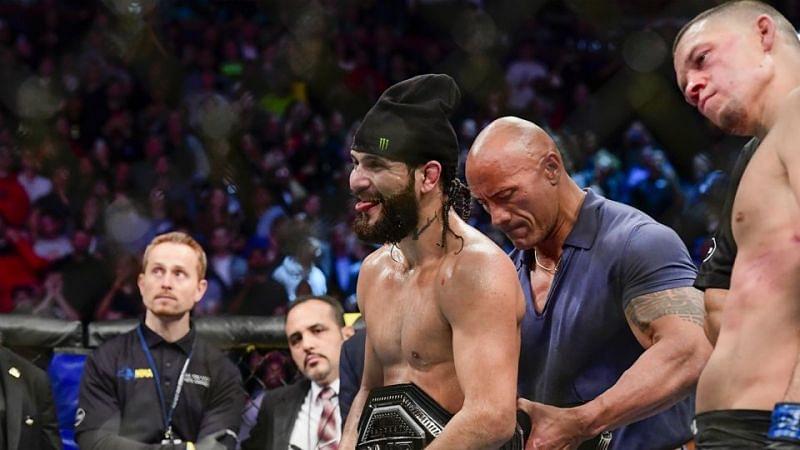 Nate Diaz vs Jorge Masvidal was stopped due to Diaz's wounds

As a result of the fights, fighters have to get treated to heal their wounds and are left bloody and with broken bones. However, when it comes to regulated fights in MMA, there is little risk of death, as the fights are carefully observed by doctors and referees, who are ready to stop the fight the moment one fighter appears that they cannot continue.

Again, this is not Fight Club.

Do women fight in MMA?

Women's MMA has rapidly developed in recent years, and some of these women are extremely popular and capable. Women only fight each other and not men in the regulated version of the sport. 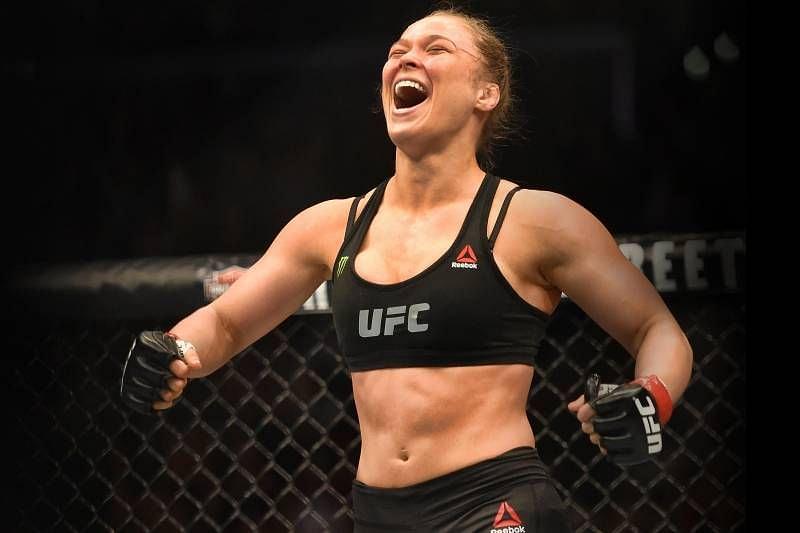 Who are the best UFC fighters? 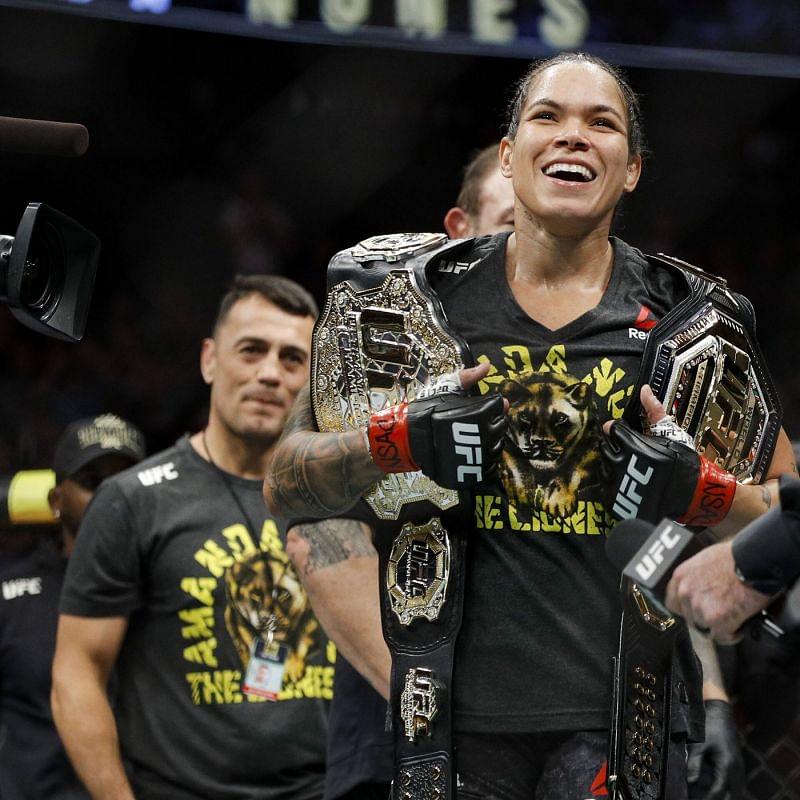 Outside these rankings, there are several top fighters in other companies as well as fighters who have already retired. 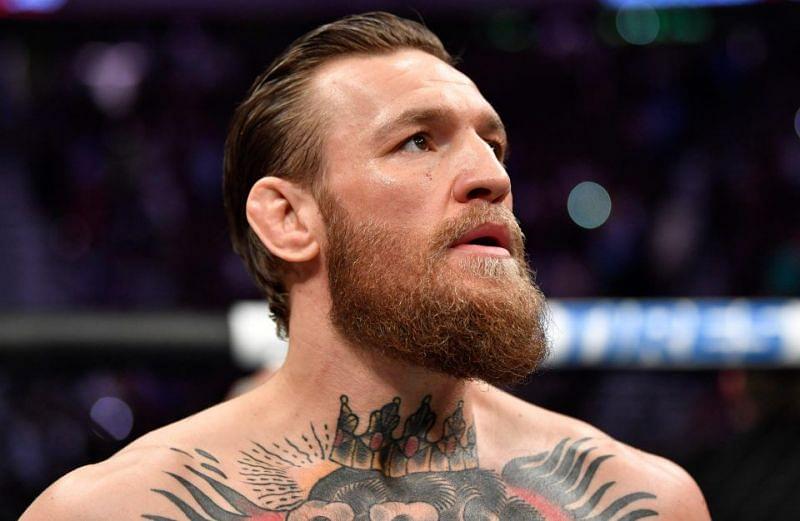 Conor McGregor is one of the most well-known UFC fighters and has even gone outside MMA to fight against Floyd Mayweather in a losing but respectable effort. We will talk more about who Conor McGregor is, in a separate article.

What are some MMA promotions other than UFC?

Other than the UFC, if you are keen on following MMA, you can watch ONE Championship, which is one of the fastest-growing MMA promotions in the world. Indian Women's MMA fighter, Ritu Phogat, recently made her debut there. 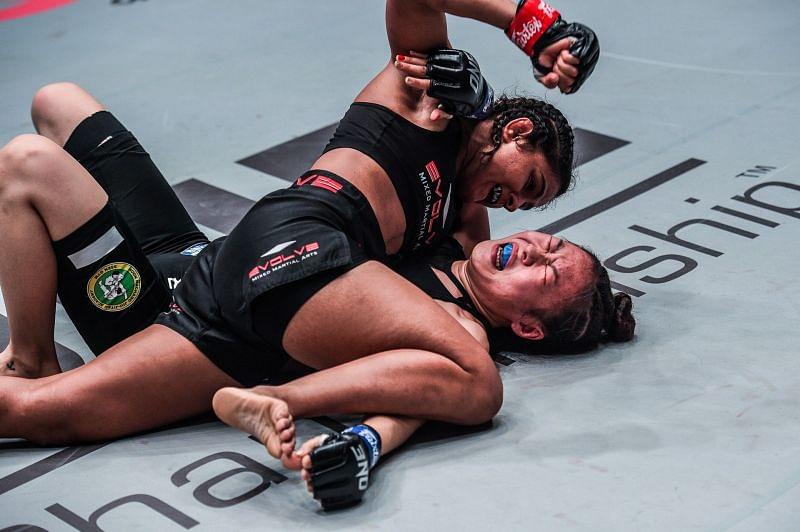 Bellator MMA is also a well-known MMA promotion which hosts a number of events each month!

UFC as of late

Once suspended, abbeyshepard761 will not be able to comment or publish posts until their suspension is removed.

Once unsuspended, abbeyshepard761 will be able to comment and publish posts again.

Once unpublished, all posts by abbeyshepard761 will become hidden and only accessible to themselves.

If abbeyshepard761 is not suspended, they can still re-publish their posts from their dashboard.

Once unpublished, this post will become invisible to the public and only accessible to Abbey Shepard.

Thanks for keeping This MMA Life safe. Here is what you can do to flag abbeyshepard761:

Unflagging abbeyshepard761 will restore default visibility to their posts.