What Is the Best Martial Art For Kids (Top 5) 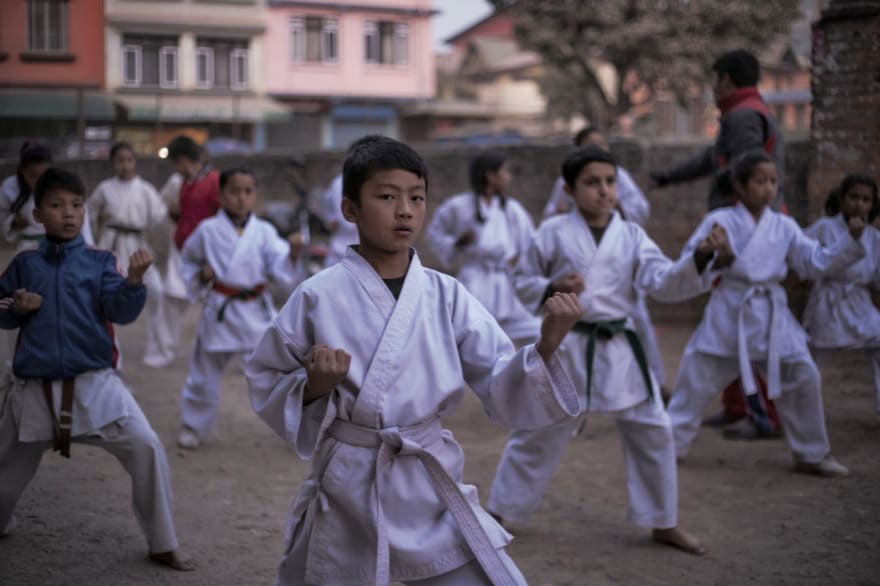 Photo by Ozan Safak on Unsplash

Martial arts is great for kids of all ages and in fact safer than some other sports like football or rugby. If your child shows an interest in martial arts, don’t be hesitant to give them a green light. It will teach them more about respect, honor, and discipline than any other sport out there.

But with many martial arts to choose between, coming up with a perfect one is always hard. To be honest, each martial art asks for a different type of skill, and not all of them match kid’s interests. Like when we were young, all kids love to explore before finally engaging in one style.

Following is a list of martial arts styles that every kid should at least try. We will bring you all you need to know about the techniques they teach, classes, and above all, how safe they are.

Karate is one of the most popular and safe martial arts for kids. It is well spread all around the world and it seems like every town in the world has at least one Karate dojo. It is both playful and disciplined art that will give your kid a full-body workout. 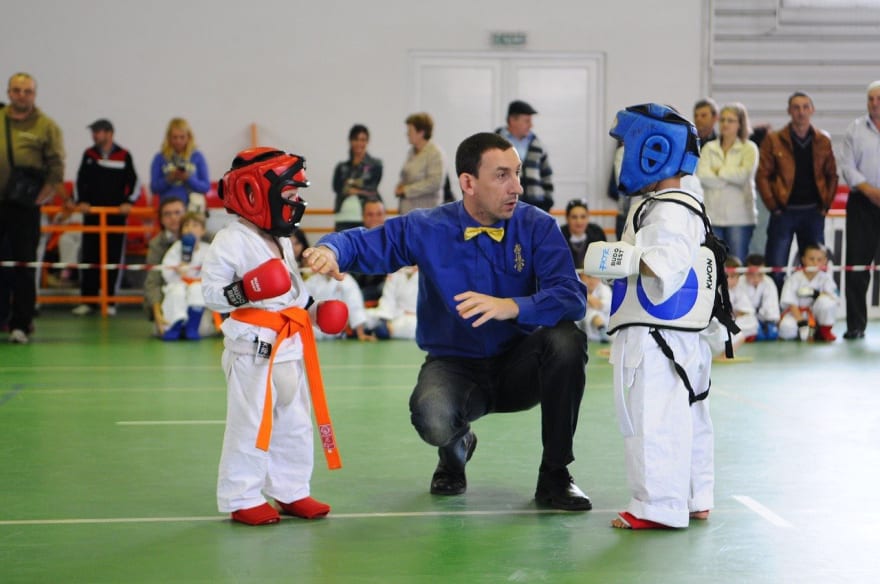 Photo by ionasnicolae on Pixabay

Like true traditional martial art, Karate puts a lot of emphasis on self-growth through training. Being a karateka is a way of life that will teach your kid all about discipline, honor, and being happy. In fact, kids have a ton of fun learning how to throw punches, kicks, and play with one another.

According to one research, kids as young as three years old can train karate and experience many benefits. That said, karate might be a perfect choice for your child to enter the world of martial arts.

Taekwondo is a martial art that originates from South Korea and it has been a part of the Olympic games since the 2000s. Kids love it because it teaches them very playful and exciting techniques. Its emphasis is on the kicks, but, there are various forms that also teach punches. 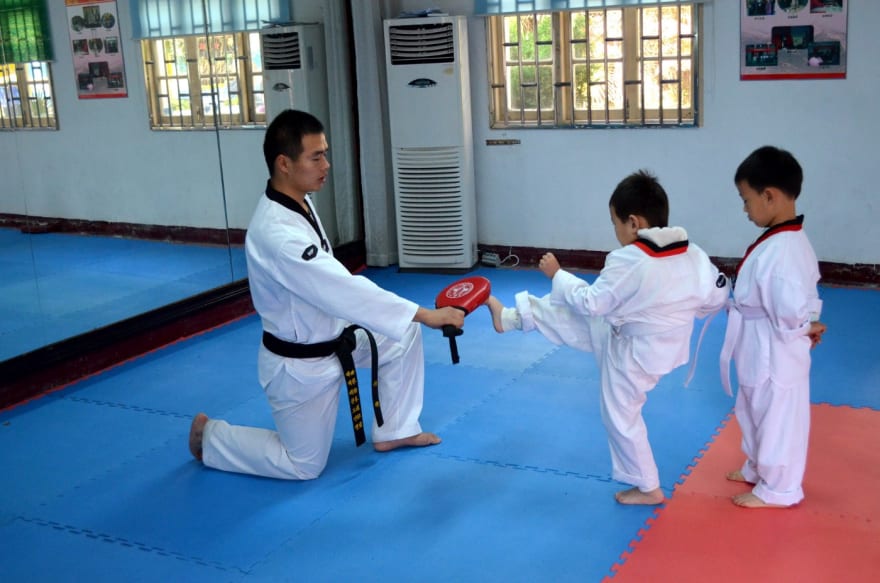 Every kid in the world would enjoy learning how to throw jumping or spinning kicks. But above all, training improves their strength, balance and makes them very flexible. Some kids can even do splits after just a few months of training.

But, we have to point out there is a lot of sparring in Taekwondo which doesn’t make it dangerous at all. In fact, it is a very safe martial art to train but you would have to buy protective gear for your child.

Taekwondo has many forms and various competitions where kids can test their skills. If they have the skills needed, this might spark that competitive fire in them to work even harder.

Also known as BJJ, jiu jitsu is often seen as the safest martial art for kids. This is because the emphasis is on grappling without any striking. First, students learn how to apply wrestling and judo techniques to score a takedown. Once on the ground, they use chokeholds and joint locks to submit the partner.

🚨 Are you enjoying this article? Sign up for our newsletter to get updates weekly about content and soon to be exclusive articles for subscribers only

Grappling on the mats leads to fewer injuries than kicks and punches. When a student places a submission, armbar, for instance, the partner just needs to tap to reset the action. This means that BJJ won’t take a toll on your body in the long run like some striking arts. 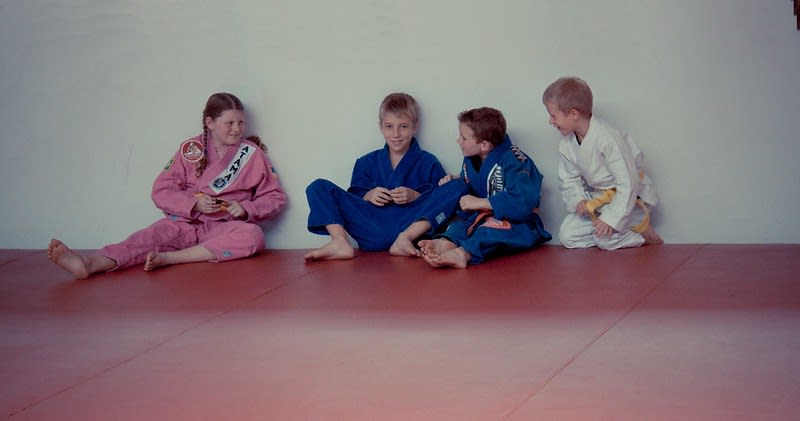 We all know how kids love to roll on the floor with parents at home. Just recall how playful that is and how happy they are doing so. Well, just imagine them doing the same thing with other kids, it’s even more enjoyable for them.

BJJ is also a very complex martial art and a human chess match. Over time, your child will develop strong problem-solving skills and become more patient. Every BJJ gym is one big family that will make your child be a part of the team.

Founded in 1882, Judo is a grappling art with elements of mental and moral pedagogy. It focuses on the grappling aspect where the goal is to throw the opponent on the ground and subdue them with the pin. Judo is a precursor of jiu jitsu and judoka also use joint locks and chokes to finish the opponent. 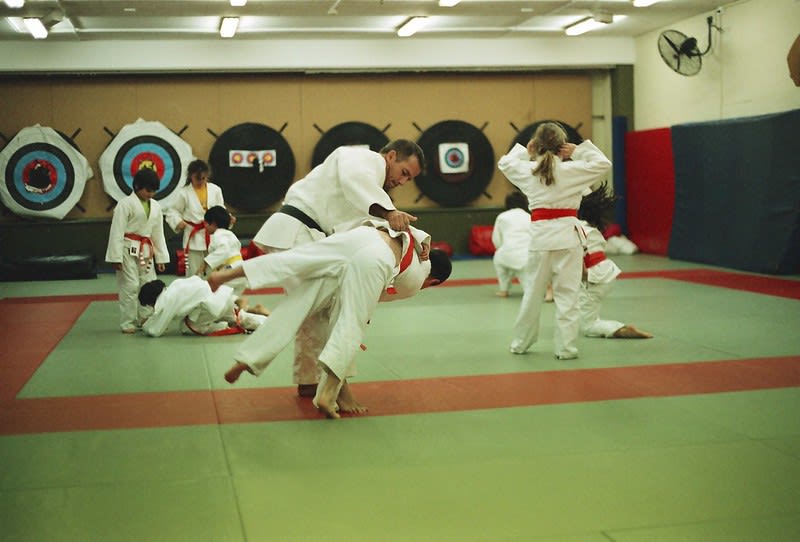 Out of all martial arts, Judo might be the one that teaches kids most about discipline and honor. The art has a rich history and tradition that will help your child grow into a man with the right values. It embraces a method of hard training and will teach them how important it is to work hard to achieve your goals.

In the martial arts world, Judokas are known to be one of the strongest people. Grabbing, pulling, and grappling all over the mats is exhausting. And this is a great way for a child to improve both upper and lower body strength in a short time span.

Wrestling is one of the oldest and hardest martial arts one can compete in. It is a huge part of the sports culture in both the eastern and western world. Kids who start wrestling at an early age can continue with it in both high school and college. 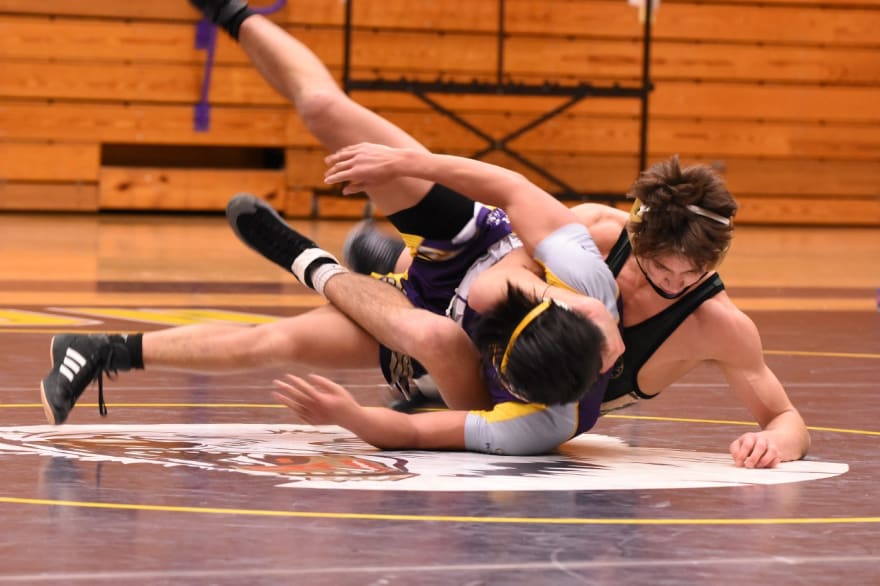 Photo by Chris Chow on Unsplash

As a parent, you must know there are two types of wrestling:

It’s important to know that collegiate and high school wrestling is very similar to freestyle wrestling. Both styles have their origins in catch as catch can wrestling. To find the one that suits them best, your child should explore both styles. Some kids will always favor one over the other.

Martial arts unleashed is the fastest growing Martial Arts Publication and media company in the world with almost 1 million followers across the unleashed network. Give us a follow on medium for weekly articles.

My official betting picks for "UFC Tsarukyan vs Gamrot".

Any idea on when the hangman is back and who he's fighting?

What's next for the winners, after the weekends "UFC fight night" card?

Has anyone had a staph infection? If so, what's it like?

Once suspended, abbeyshepard761 will not be able to comment or publish posts until their suspension is removed.

Once unsuspended, abbeyshepard761 will be able to comment and publish posts again.

Once unpublished, all posts by abbeyshepard761 will become hidden and only accessible to themselves.

If abbeyshepard761 is not suspended, they can still re-publish their posts from their dashboard.

Once unpublished, this post will become invisible to the public and only accessible to Abbey Shepard.

Thanks for keeping This MMA Life safe. Here is what you can do to flag abbeyshepard761:

Unflagging abbeyshepard761 will restore default visibility to their posts.