The two biggest MMA promotions in the world have bounced back strongly after the Covid-19 crisis. The UFC and ONE Championship both have a packed schedule of events and have found a way to continue operating without live audiences in the social distancing era.

Their recent strategies both require ingenuity. The UFC briefly used Abu Dhabi as a base before returning to Las Vegas where it is headquartered. Meanwhile ONE Championship has settled on Bangkok as the destination for its current series of weekly shows.

Both companies are at critical stages. The UFC’s parent company was purchased for 3.9 billion USD in a leveraged buyout and the pressure is to raise revenue is intense. Meanwhile ONE Championship was reportedly on the verge of a $1 billion USD IPO before the Covid-19 crisis hit.

Both have acquired impressive rosters over the years. The UFC has stars like Conor McGregor, Khabib Nurmagomedov, Jon Jones, Israel Adesanya, Anderson Silva and Amanda Nunes under contract while ONE Championship has champions from across the combat sport spectrum including Demetrious Johnson, Eddie Alvarez, Angela Lee, Giorgio Petrosyan, Marat Grigorian and Sittichai Sitsongpeenong. 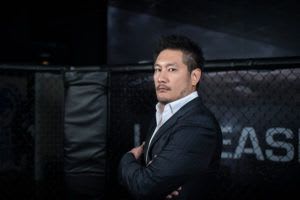 One thing that has worked in the UFC’s favour is a pay per view model that allows the promotion to generate income from selling televised events to armchair viewers. On the other side of the planet ONE Championship has an online audience which is unprecedented for events outside of sport’s traditional mainstream.

Figures recently release show that ONE Championship ranks #8 in the world for engagements on Facebook. It is the only MMA promotion and the only Asian based franchise, league or team currently in the top ten.

UFC 252 in Abu Dhabi generated 1.3 million pay per view buys. The audience free event was watched by people all over the world, demonstrating that the business of MMA can still be an extremely successful one in the post Covid-19 era.

Rising to the challenge

The UFC has put on cards in Jacksonville, Abu Dhabi and Las Vegas in recent months. Thousands of Covid-19 tests have been administered and several fighters have tested positive but UFC president Dana White feels he has risen to the challenge,

His ONE Championship counterpart Chatri Sityodtong is more circumspect but his promotion has put on events in Shanghai and Bangkok in recent weeks,

“Without the extraordinary grit and creativity of my team at ONE Championship, nothing would have been possible. The world is suffering through the worst crisis in 100 years. Most borders are still shut everywhere, as Covid-19 continues to ravage the global economy. I’m grateful to the greatest team in the world for always finding a way,” he said. 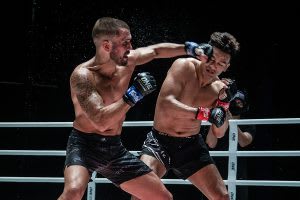 In 2019 ONE Championship overtook the UFC in terms of online views. The former had 5.6 billion views across the main platforms while the latter has 3.8 billion.

It was a major milestone and the promotion’s CEO was understandably delighted,

“It truly boggles my mind that ONE Championship is ranked #4 out of 5,000 sports media properties in the world for online viewership in 2019,”Chatri said.

It was also a banner year for the UFC with its biggest star Conor McGregor coming out of retirement and showing his selling power had not been affected by a series of scandals. UFC 246 generated  $70 million USD in streaming revenue according to MMA Fighting, with the Irish star stopping Donald Cerrone in just 43 seconds. 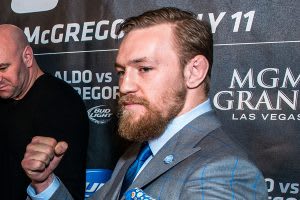 The two promotions are on opposite sides of the world and have very different business models. But there is a certain level of co-operation with the UFC trading former flyweight champion Demetrious Johnson for ONE Championship welterweight titlist Ben Askren in 2018.

The UFC appears to have recently scaled back its operations in Asia. At the same time ONE Championship has put its ambitions for a US expansion on hold, at least for the time being.

It means the two promotions are successfully pursuing different business models in different regions and different markets. Those business models have proved robust enough to survive in an era where live audiences are limited and international travel is difficult.

With people still unable to attend live events in most regions the online audience is potentially larger than ever. In this respect the Covid-19 crisis represents an opportunity for anyone offering televized live sport. 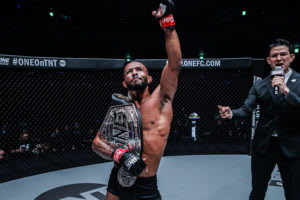 White believes the UFC has a duty to try and keep people entertained at a time when opportunities for entertainment are few and far between,

“At times like these people need to be entertained, people need to feel some kind of normalness. We need to fight this thing, instead of panicking and freaking out lets find solutions. That’s what we do every week at the UFC,” he told CNN.

In February ONE Championship made the decision to go ahead with an event in Singapore just as the country was shutting down due to Covid-19. The promotion’s CEO explained the decision as follows,

“More than ever, the world needs hope and strength right now. Let us unite as a country and let us show strength as a continent to conquer this coronavirus,” Chatri said. 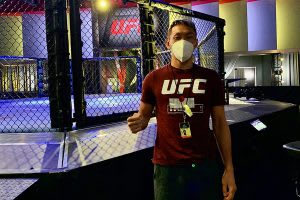 Next month ONE Championship will put on two events in Bangkok and one in Shanghai. Meanwhile the UFC has three cards booked for Las Vegas and another that is currently without a confirmed venue.

The UFC and ONE Championship offer a very similar project but it is packaged and presented in very different ways. The former focuses exclusively on MMA while the latter offers Muay Thai, kickboxing, western kickboxing and submission grappling as well as MMA.

While grudges and rivalries spur fans to watch UFC cards the Asian audience is more concerned with the quality of the fights on the card. But the similarities between ONE Championship and the UFC are far greater than the differences.

And one thing that both promotions have in common is that they continue to thrive in the Covid-19 era. From Singapore, where ONE Championship is headquartered, and the UFC base of Las Vegas the message is very clear: ‘the show must go on’.

Who is the biggest weight bully in the UFC?

So this is going to be a banger then..

I missed UFC 275 at the weekend, heard the main event was a contender for fight of the year..

Pitch me on Islam Makhachev

Once suspended, amyfaithamy will not be able to comment or publish posts until their suspension is removed.

Once unsuspended, amyfaithamy will be able to comment and publish posts again.

Once unpublished, all posts by amyfaithamy will become hidden and only accessible to themselves.

If amyfaithamy is not suspended, they can still re-publish their posts from their dashboard.

Once unpublished, this post will become invisible to the public and only accessible to AmyFaith.

Thanks for keeping This MMA Life safe. Here is what you can do to flag amyfaithamy:

Unflagging amyfaithamy will restore default visibility to their posts.