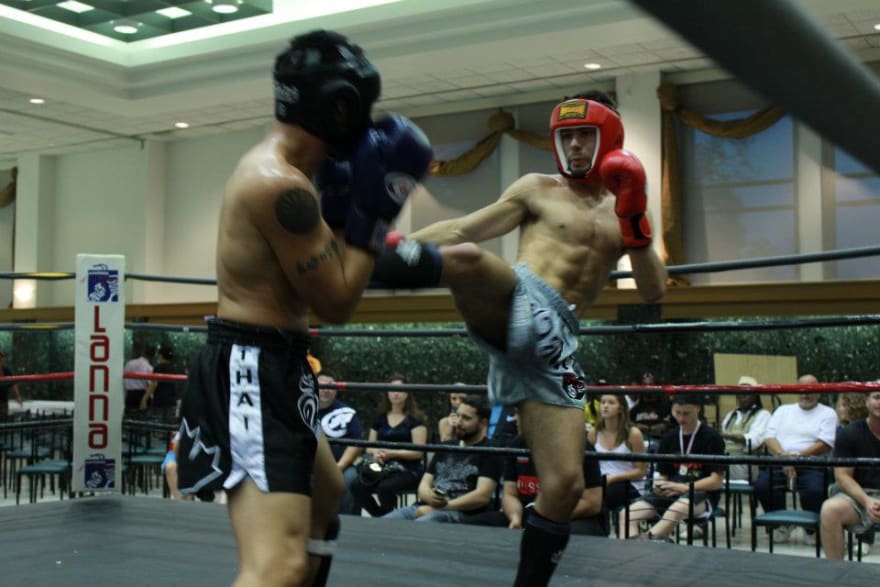 Rarely, Muay Thai fighters or any fighters go 100% when they are training. It’s important to learn how to reserve your energy for what. Going too hard, too soon will result in you burning out quicker than your “fighter” counterpart. Reserving and understanding your energy is a key component to maximizing the results in your training. Plus, it will allow you to focus on technique more if you aren’t worried about your power (which we’ll talk about later).

Running is one of the most basic and essential pieces to becoming a successful fighter. In Thailand, running isn’t optional. It’s expected of every fighter to run miles before training. Often, fighters will run twice a day. This is a crucial part of training because it provides the cardio, endurance, and stamina needed to be a successful fighter. All professionals know this too, and incorporate running into their training regime.

In Thailand, sparring is often light and very focused on technique. Technique is king and trumps over power, because with the right technique your power will inevitably increase. Many successful fighters practice light and playful sparring often, making sure they’re countering and landing, before they use power and force. This is why technical sparring is so important to not just a professional fighter, but fighters in general. If doing proper technical and playful sparring, athletes may spar every day with out getting injured

This tip is highly underrated but so important! Many professional athletes in other sports are required to do research by watching and reading playbooks, studying old footage, and speaking with past professionals. Muay Thai should be no different. There are tons of fights you can look at on YouTube. Look at channels like Lawrence Kenshin’s, who breaks down techniques used within fights by pausing the footage and explaining what just happened.

Also, don’t forget use forums to discuss tips and training advice. A great place to start is the Muay Thai Subreddit, where many professional fighters answer questions and provide tons of advice and tips.

This is an area that many “westerners” can improve on. Often, Western gyms don’t focus too much on the clinch. This means training and being well versed in the clinch will make you a more well-rounded fighter. Take advantage of your gym’s clinching classes or anyone in your gym who has great knowledge of the clinch, especially if you want to fight professionally.

Overall, these are just a few key habits and tips you can develop and use on your way to being a successful fighter. However, even if you aren’t a fighter, these tips will help you increase your knowledge in Muay Thai and will also make you a better Muay Thai fighter all around!

A basic BJJ shoulder throw that everyone should learn.

Muay Thai is so much better with MMA gloves.

Jenny
MMA Basics: How to do the splits
#tutorials #yoga #flexibility
My Muay Thai Story. You're never to old and it's never to late.
#muaythai #mystory #inspiring