So I searched "being gay in MMA" and this is the first webpage that comes up. 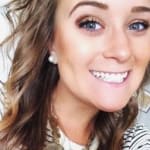 Being gay in MMA

So I joined, and so here I am, blogging on a community (that looks to be non-toxic) about being a closet homosexual in a violent, vicious, hard-assed (pardon the pun) masculine sport and I am terrified that one day, someone is going to find out.

Why am I terrified? Not because I feel ashamed.. I beat that demon a looooong time ago, no - because I simply don't want the attention for being gay, I just want to compete, win, get paid and get that UFC gold. I know, that if I come out as gay, everything changes and although, on the outside, fans, friends, family know me as being one hard mother fucker, on the inside that sort of attention on my sexuality and relationships will crush me. Forever I'll be labelled as 'the gay guy' or 'that gay ufc fighter' rather than just me, the guy who has worked is god damn ass off to get here in the first place.

So what is it like being gay in the UFC? It depends on what you are doing and who you are with on a day to day basis. During practice or around people in the gym, the more they feel comfortable around you then the gay jokes start popping up like "whilst you have got him there, rip his pants down and give him a good smashing" or "suck his dick" is one I hear all the time, "check his oil" is another, some days it is an endless stream of homophobic jokes in the gym, some days it isn't, after years of it you begin to build a intuition around certain people, the ones that make the most homophobic jokes are the ones that seem to think about sex with other men the most (that is the way I think about it anyway, they must be thinking about it way more than I am).

Around business people, managers, senior staff in the UFC, the media etc, it is less of an issue. They seem to be a bit more sure of themselves, at least on the surface.

Sometimes I feel like I really let down my community by hiding my sexuality, we have so many big female gay UFC athletes that just don't have an issue with it, they are supported from every angle, even the fans and the top level UFC brass. I have convinced myself that if I came out, the media storm would be outrageous. I literally have nightmares about this all the time, it starts with a picture on the socials, my phone then lights up and before you know it I am on Ariel Helwani's show owning up to be one of the toughest gay men on planet earth, everyone sees me differently, all my teammates act different, all those jokes I have laughed along with for years become about me.

This is my perfect dream. I am out, and nobody really cares. I do UFC embedded as normal and nothing is different, my partner and I laugh, joke and show each other affection like everyone else does and then at the end of fight week I walk to the octagon and kiss my partner before I enter.

Conor McGregor on business, fundamental health, mindset and his mother.

What My MMA Career Taught Me

gayinmma
I am a gay male MMA athlete who just so happens to be in the top 10 in my division / weight class, in the UFC 🏳️‍🌈🏳️‍🌈🏳️‍🌈