Kerry Hughes is an inspiring human being. One day she looked in the mirror, aged 25-years-old and weighing in at 116kgs (roughly 18 stone 3lbs) and decided to embark on a physical transformation that would not just take her body to the limits of peak fitness but would also catapult her into the European Mixed Martial Arts scene as an up and coming UFC prospect. Thank you Kerry for allowing us to share your story in the hope that gives others the same courage, to realise self-love and greater confidence.

This one is for you Kayla.

So, I used to be over 250lb in weight, which I lost through fitness and diet, pretty rapidly really – the first 100lb was within a year and the rest comes on and off as my body changes through the cycle of fighting. Obviously I’m proud of what I’ve achieved, not that it’s a big thing, or a difficult one, but on a personal level it’s pretty much changed my whole life. 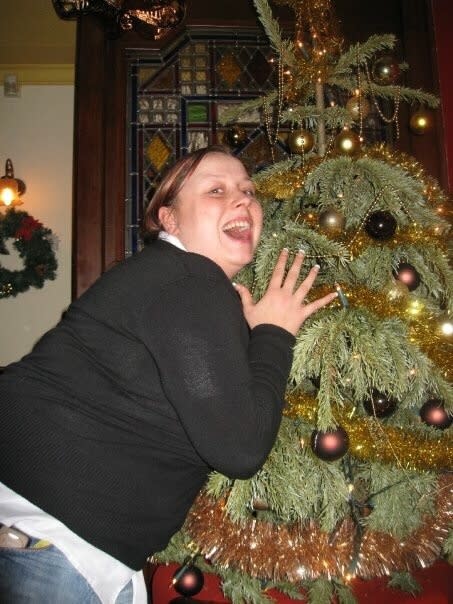 None of this is news to anyone who knows me, or possesses an internet search engine – there’s some rather hilarious ‘before’ pictures floating around and I’m always happy to tell the tale.

There’s a few things that you don’t see, that still lurk around as a result of those days:

The body dysmorphia – I can’t explain to you how weird it is, as a rational human being, to be walking around fight week at like 140lb, single figures bodyfat and a UK size 8 being loose. Yet every second or third time you look in the mirror thinking ‘fuck, I’m still fat’, and wanting to look away. You kinda force yourself past it, because the alternative is some sort of eating disorder, which is no happy place to be.

The ‘fat memory’ – this is legit a thing, those fat cells never disappear, they just empty out. If, like me, you love a bit of cake – it takes no time at all to show on your frame if you’ve been a bit ‘naughty’.

The calorie responsiveness and slow metabolism – when your body has been messed around with so much, it learns to use calories very efficiently. Clever body, I agree, but it’s a pain in the bum when you’re cutting on 1200kcal a day instead of 2400kcal like your friends!

The loose skin and stretch marks – this is the one that people don’t talk about, but despite me getting off pretty lightly, I’ll never have the 6 pack abs/washboard stomachs that most of my peers do.

That said, despite all that, by and large I’m quite happy with how my body has changed over the years. Pretty much until the point that my weight controlled sport mentions that great phrase:

For those who don’t know, this is where you stand in your underwear in front of an entire room (varying in size) of people. Often in front of a live TV and internet link. Then you step on the scales, have your weight publicly announced and loads of pics taken whilst you’re still in your underwear. This particular part of the process has been known to wake me up hyperventilating before now. 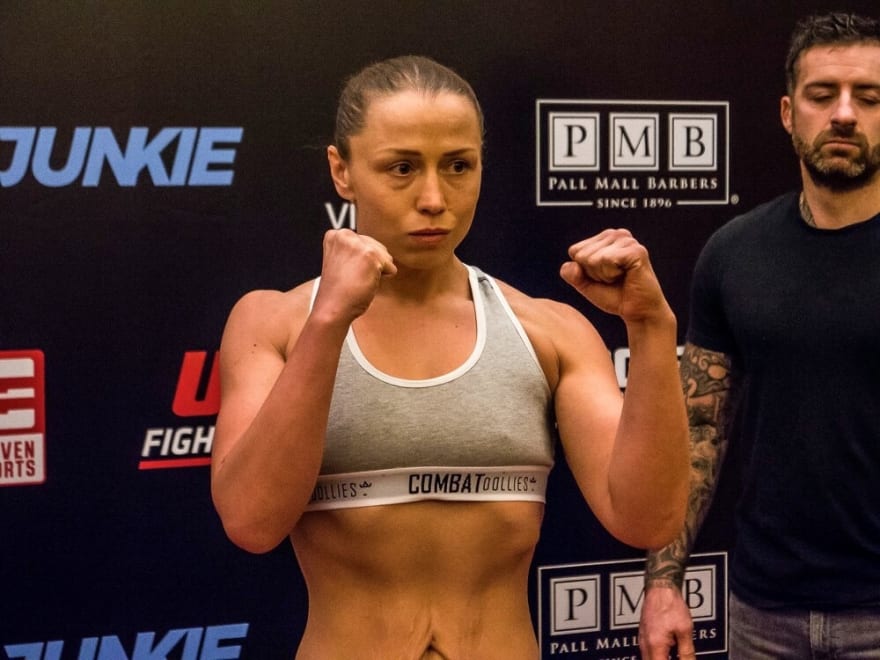 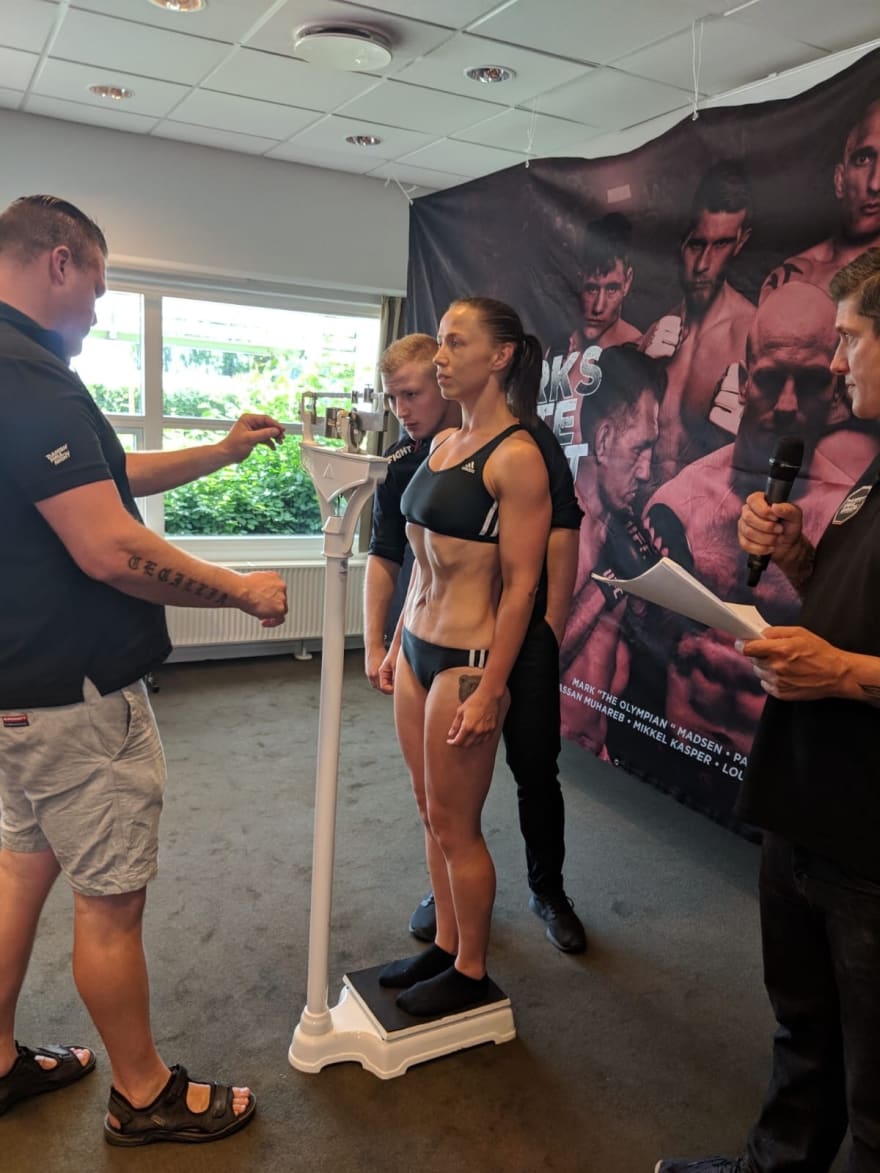 There is a purpose to all this, and it isn’t just to complain.

Before I finished this fight camp, I was sat talking with a girl I met out on Albuquerque, Kayla. She’s a really sweet kid, who used to be a really big girl too. I was casually throwing out my usual self deprecating comments about the surgeries I would like to have when I’m done fighting etc. But also explaining how all the nice comments you get from random strangers on the internet have really helped me to decide that:

“What happened to you?”

“She looks like one of those dogs that’s been used for a puppy farm.”

I could go on, but you get the message. Generally after weigh ins I spend hours watching online in a panic, to see whether any pictures have gone up that emphasise all my ‘flaws’ out in public.

She just looked at me, kinda shook her head and smiled. Then told me:

“Yeah, I though about all that, and then I thought about what I put my body through to get here. How hard I’ve worked, how much it’s changed and how much better my life is.

“Now I kinda think that I’ve earned all those marks, and that I don’t want some other girl to be ashamed of having those bits or thinking she has to have surgery to get rid of them when she’s a freaking badass to have earned them in the first place. So I guess I have a responsibility to show them how it’s done.”

I thought about that a lot over the next couple weeks, I think as you get older your social responsibility can start to weigh rather more heavily on you than otherwise. A strange thing also happened, I started to give fewer fucks about who thought what about my body.

During the weight cut I was able to joke with my friends who were going through the same process and share pictures with them of the loose skin. But instead of cringing and getting stressed, I was laughing about it – because I can’t change it, so there’s no point at all in being miserable about it.

My last days in Albuquerque I was able to do a photo shoot that showed my midriff, and not have a complete melt down when the pictures went online. 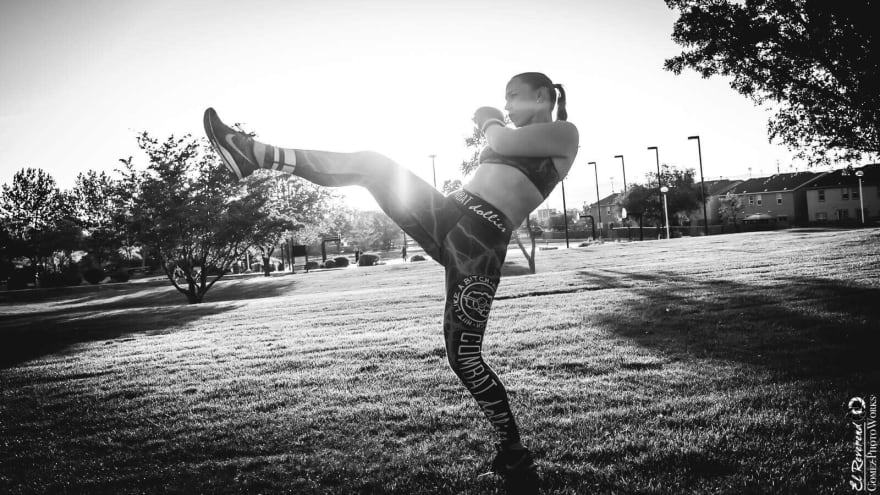 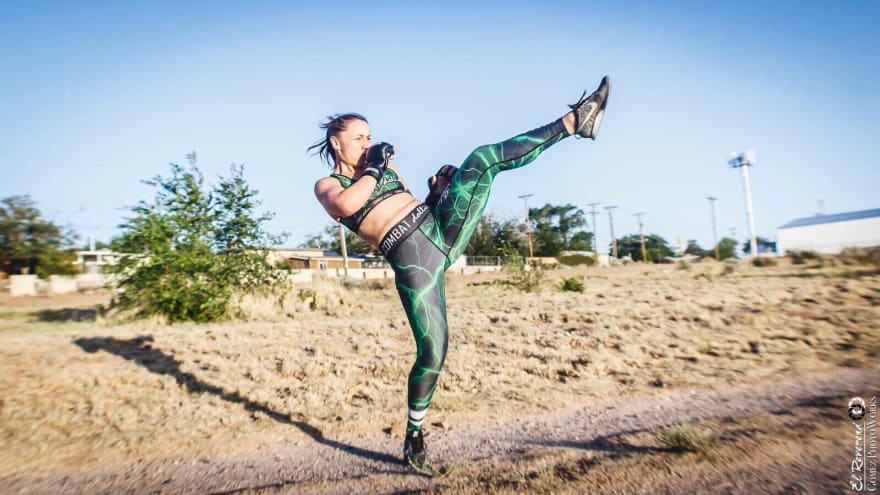 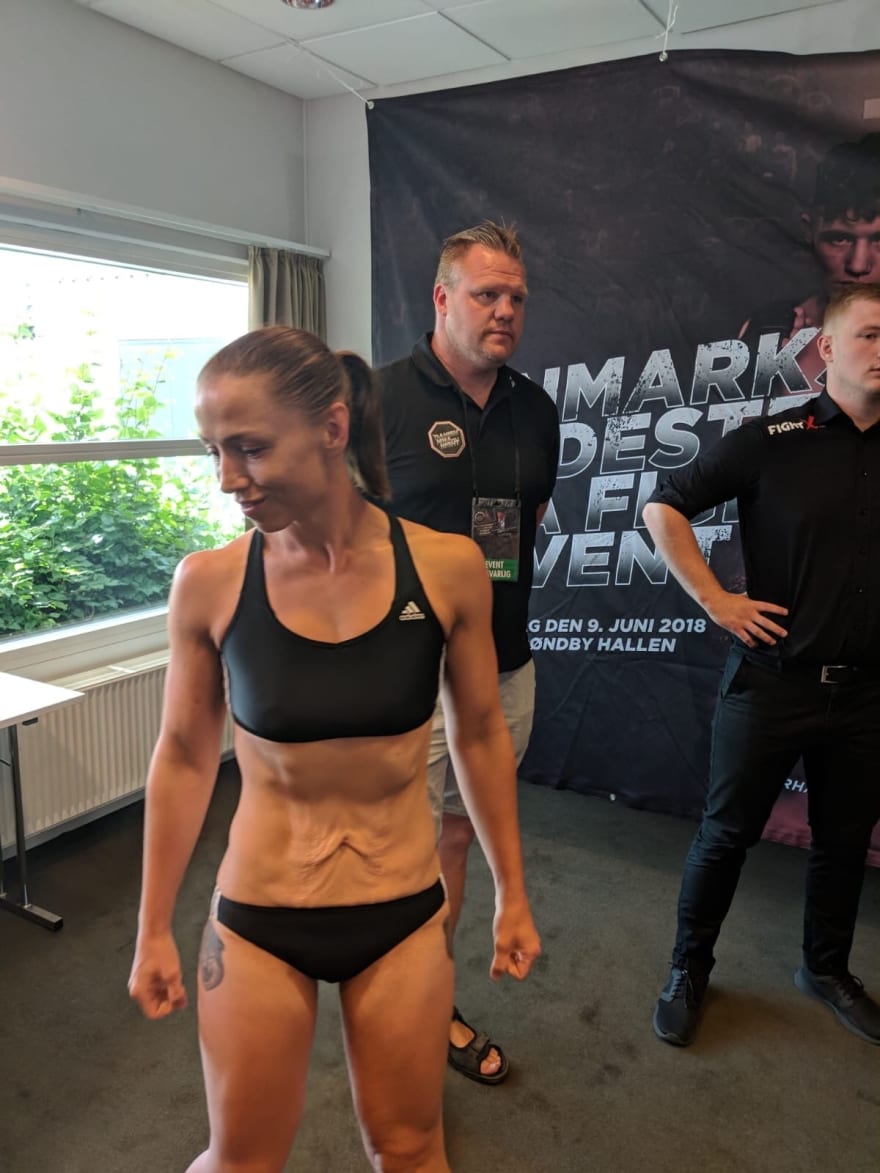 This picture was taken on weigh in day, previously I would have cried about it, like actually.

This time around all I saw was me making eye contact with my coach, one of my closest friends and laughing. We were both happy and proud because I had smashed the weight cut with his help and we were looking forward to Fight Night. As a result, I let my guard down and wasn’t keeping my stomach under tension for a minute.

It’s probably my favourite picture of the weigh ins.

I still get the same comments, I had a Fighter ask me on Saturday night:

“You have a good physique, but how many children do you have?”

Few of you will probably ever understand how freeing it was to laugh, drink a shot with them and reply:

“None mate, but I used to be really fat, it’s left a couple of marks – easy mistake to make though. I appreciate the compliment.”

So… thank you Kayla, for being wise beyond your years (sometimes), and planting the seeds that have allowed me to change my perspective so much. You were right too, if me putting this out there let’s just one woman relax and forget the negative associations people have with a couple of minor ‘flaws’, then it’s worth it.

Also, if you spend your time trolling random people online, who have achieved more than you ever will. Then seriously.

Being gay in MMA