The formula for getting paid in MMA in today's modern world isn't difficult, there is a science behind it. Yes there are elusive elements but the blue print has already be drawn, built and played, no - I am not talking Conor McGregor, he is on another level. I am talking about Darren Till.

Whether it is accidental or not, Darren Till has followed the 101 path to monetisation, build your audience and then release product.

It has made him more thoughtful about what when he should fight and what is best for his team, his family and himself.

How did Darren do it?

First of all, let's not ignore the talent Darren possess in the octagon, without doubt he wouldn't have achieved the audience he has now on social media if he didn't have the talent to back it up. You've got to put the work in and initially whilst you are climbing the ranks in the UFC you have got to be easy to deal with (from a business perspective) willing to compete when the phone rings, win and understand that you in the entertainment business. Read more about that here:

How to rocket start your MMA career by understanding the modern world of personal brand, data and showreels.

If you follow MMA and you are up to date with the UFC then you'll know that Darren Till is British, and is a scouser. That means that Darren has an advantage due to the culture he grew up in, the community of Liverpool being so close and that most scousers that I have met have a wicked sense of humour and are unoffendable, that gives him the edge from the outset, especially when he is winding up the Americans.

Over the past few years, Darren Till has taken complete advantage of his heritage by being exciting in fights, never ducking another athlete and pushing the UFC to bring Fight Night to Liverpool where he crafted his Octagon walkout to perfection and it didn't disappoint.

From there Darren followed the perfect receipt for social media dominance. He created his online persona, and began his quest to troll some of his competition in the UFC.

As 50 cent says in his book, and demonstrated brilliantly back in the day when he purposely started a fued with Oprah Winfrey just to get on her show. He was working from a strategy. His book, Hustle Harder, Hustle smarter is brilliant.

"I always prefer to be friends with someone, but if they’re not interested, then I consider being enemies the next best option. If you hate me, you’re more likely to talk about me. If you feel passionately about me in a negative way, at some point you’ll probably say to your friend, 'Man, I can’t stand 50 Cent.' Your friend is going to ask you 'Why?' and just like that, I’ve become the subject of a conversation. That’s all I’m asking for. Now I’ve got a foot in the door. No one asks their friends if they’ve listened to a song they feel neutral about. No one mentions a writer or a designer that doesn’t elicit a strong reaction in them. We only bring up things we love. Or things we hate. I’d always prefer the love. But if I can’t get that, I’ll take the hate. There’s always a chance I can turn that hate into something positive."

This is exactly what Till has been doing, there is no real malice in anything he says or does on Instagram or Twitter, it is all from the same playbook and it is working out brilliantly in terms of business, not so much if you are on the other end of it and you don't get the strategy, which in itself makes the conversation even more powerful.

So what did Darren do when he started to hit these numbers?

He launched product into his audience, and RawDog was born.

Perfect timing, Instagram now has shopping built into the platform and it is so easy to setup your own online shop today with Shopify and one of its most amazing integrations, Printful.

Shopify is about $25 dollars a month, for that is covers everything you need to list out your products, design your shop and charge in various different methods like Apple Pay, Credit Card etc.

Printful, no monthly charge to use it, allows you to design all your own Tee prints and sync them with your Shopify shop, you pay a small charge for each sale, everything is automated, including the shipping to your customers.

So first we had Rawdog tee's which Printful will ship globally for you. Now we have RawDog Beer too! What's next Darren?

Remember you don't need to be technical to setup Shopify and Printful, anyone can do it.

So if you want to get paid, this is the process that needs to be followed: 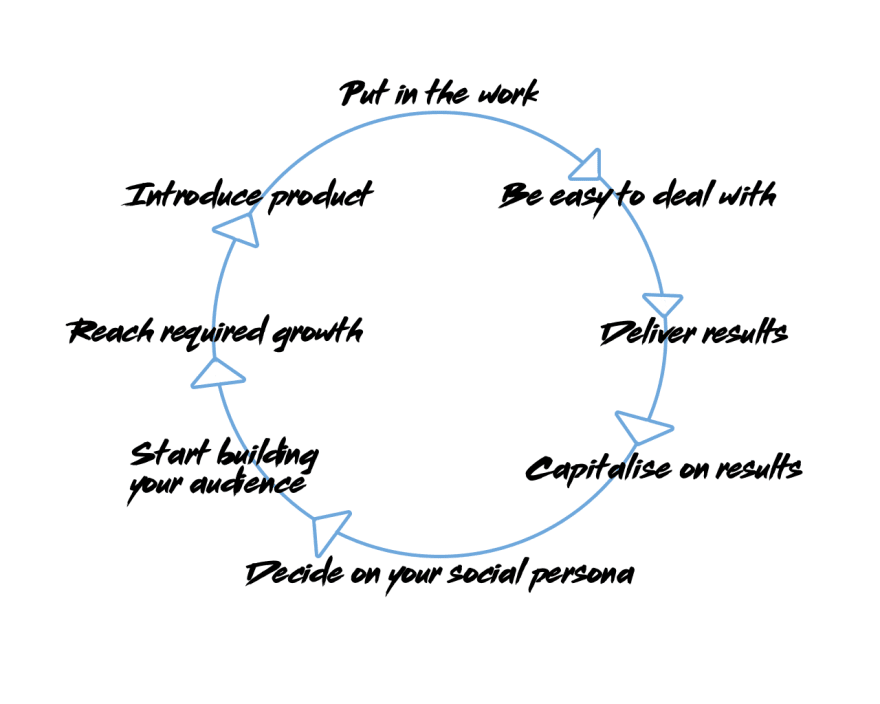 Tutorial: Arm drag to inside trip in BJJ