Well, apparently one of the first fighters to ever use calf kicks on a televised bout was Ricard Arona who made his professional debut in the year 2000. 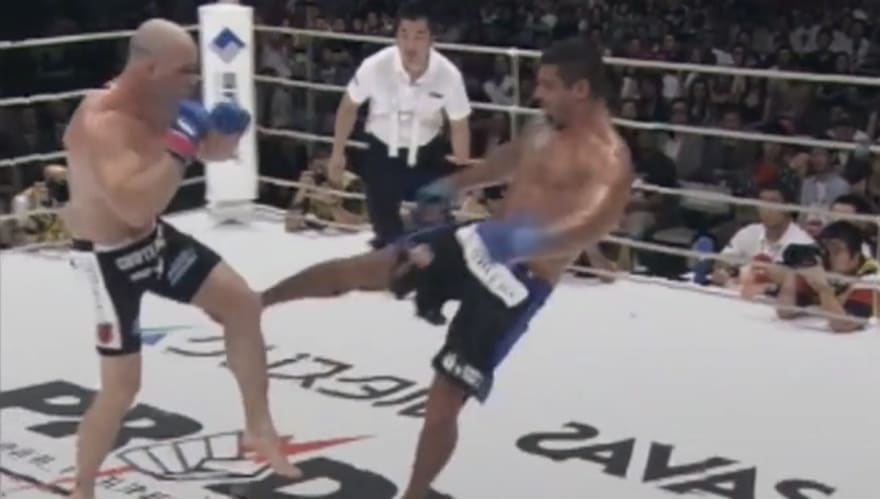 Brazil’s Ricardo Arona is best known for a six-year stint in PRIDE and then an undefeated run in ADCC where he claimed three gold medals in only two years.

Arona was a jiu-jitsu specialist so its very odd that he is one of the first fighters to use calf kicks regularly.

Muay Thai - How to sweep the leg

Lee
Life long Martial Artist and BJJ Wannabe. I like to think I am a good all-rounder (but my ground game is non-existent). Founded this community. Driven by inclusivity.
I am hearing Khamzat Chimaev vs Leon Edwards is off again.. 😫
#ufcnews #mmanews
Khabib finally met his match. He's terrified!!
#khabibnurmagomedov #mmanews #fun
What's the next MMA event to look forward to?
#events #mmanews #ufcnews