Hey MMA fanatics, following in from the weekends UFC event that featured Sandhagen v Song (more on that here) 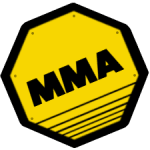 This week we are dedicating this technique Tuesday to the flying knee!

So where did the flying knee originate from?

Well Wikipedia rightly states that the flying knee originates from Muay Thai and is sometimes called the jumping knee.

A knee strike is a strike with the knee, either with the kneecap or the surrounding area. Kneeing is a disallowed practice in many combat sports, especially to the head of a downed opponent. Styles such as kickboxing and several mixed martial arts organizations allow kneeing depending on the positioning of the fighters. Knee strikes are native to the traditional Southeast Asian martial arts and traditional Okinawan martial arts.

BJPenn is also on there, Barboza and Romero deliver theirs beautifully but there's one flying knee that will never be forgotten.

Yep that's the fastest KO in UFC History!! If you have any tutorials or tips on flying knees then drop them in the comments below, would love to see them.

Here are some of the best tutorials from YouTube

MUAY THAI - HOW TO DO A FLYING KNEE OR JUMPING KNEE

How to Set Up the Flying Knee Technique | MMA Fighting

If you need to know when the next UFC is, all those details are here.

A Quick History of Jeet Kune Do

The Difference Between Freestyle And Greco-Roman Wrestling