GSP would low kick once, then sweep the standing leg of the opponent who'd attempt to automatically check the next kick.

GSP went on to win by beating BJ Penn by TKO in R4 as the main event of UFC 94. Seems like it was ages ago.

UFC 94: St-Pierre vs. Penn 2 was a mixed martial arts (MMA) pay-per-view event promoted by the Ultimate Fighting Championship (UFC) on January 31, 2009. The card featured five televised MMA bouts, as well as five un-aired preliminary bouts. It was the second UFC event of 2009 and took place on the weekend of Super Bowl XLIII.

If Georges St-Pierre v Khabib Nurmagomedov actually happens as Khabib's last retirement fight then we are in for one hell of a treat. Everyone seems warm to the idea, even Dana White. Early indications are it happens in early 2021. 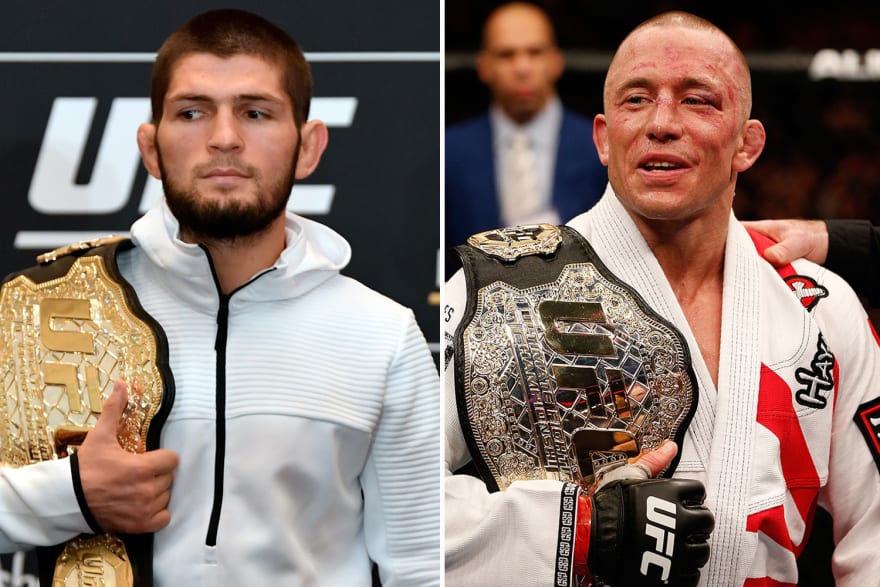 Hey gang. Anyone got any tips for an amateur weight cut?

How to do the perfect arm bar