Fear of failure is the most commonly described apprehension in sport and is a simplistic but effective way to evaluate how choking occurs in sporting competitions.

Essentially fear of failure is described as a perceived psychological threat to an athletes self-esteem, whereby an athlete is afraid of being perceived as looking inferior, weak or ineffective and whilst rationally the perception of others is not directly controllable, this self-critical, perfectionist way of thinking causes the athlete to see themselves in a more vulnerable light, as opposed to feeling free to perform and flourish during a performance.

To nullify this fear of failure and minimise the risk of choking, failure must be challenged in terms of the perception the athlete holds, and rather seeing it as confirmation of vulnerability, instead view failure as a means to improve. Learning how to fail productively is much easier said than done when we consider the key variables involved in choking in competition.

Choking occurs when there is an imbalance between the perceived ability to achieve a target in relation to the situation and the importance of the outcome and the stress that is created from the relationship between these factors.

For example if perception of ability (x) is impacted by the situation (y) and the importance of the outcome (z) then task performance can be inhibited by the stress that x,y and z produce which is generally referred to as choking.

Some athletes are more susceptible to choking than others and looking at the personality measures detailed previously you can begin to identify areas more relevant to certain types of people. For example, a diligent minded individual may suffer more in a situation with less controlled variables or time to prepare than someone who has a more daring mentality. 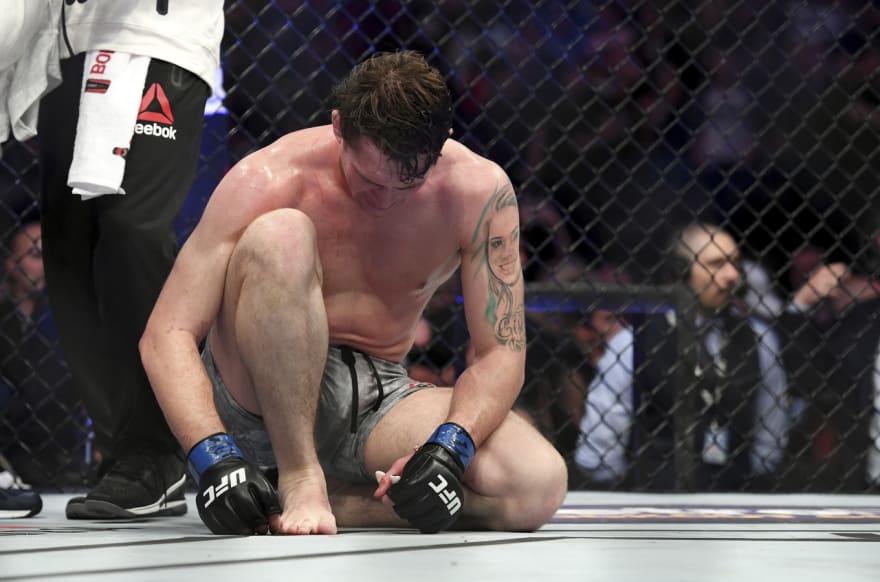 That being said every athlete is affected to a lesser or greater extent by the pressure which is caused by an imbalance between factors x, y and z. If we break down x, y and z a little further you can understand better how each variable may impact different people to different extents but still combine to produce this choking.

X is the perception of ability, if this is compromised in any way self-belief decreases and challenges become threats.

Y is the situation the athlete finds themselves in, some thrive in volatile confrontational situations, whilst others wilt and fade when under the bright lights.

Z is the importance of the task outcome, this generally is the one factor which affects all athletes however those with an ability to zero in on the task at hand rather than allowing doubts, situations or internal distractions to compromise their concentration, generally fair better and experience less performance deficit through choking.

When x, y or z are playing a pivotal role in pressure upon a performance it is common for athletes to describe this feeling as a fear of failure, and when questioned the most common answer to the question ‘what are you afraid of?’ is a failure.

Considering x,y and z (self-belief, situational or environmental control and motivational factors around importance of task success be they intrinsic or extrinsic) it is easier to understand what ‘fear of failure’ actually means and actually what choking really is, the manifestation of this fear of failure, or put another way, fear of not succeeding.

Neuroscientific research in terms of brain activation studies have revealed that the biggest factor in choking is not the pressure which the athlete may be experiencing but instead their self-awareness when in competitive situations.

For example, when under the bright lights in front of a packed 10,000 strong vegas crowd, with tv cameras transmitting the performance to an audience of millions worldwide, self-awareness kicks in and an athletes thoughts can become internalized fixating attention away from the actual performance and on to self-deprecating thoughts, specific body movements, or internal feelings of unease, fatigue or pain.

This self-awareness distracts the attention and concentration from the task at hand and takes away the trust they have built-in training and conditioning in mental, physical and technical capabilities.

Therefore to combat choking we will need to consider self-belief, self-control as well as detaching from irrelevant internal distractions and initiate a flow state of optimal performance. None of which are necessarily guaranteed to completely nullify choking, but over time, with effective conditioning when considering a variety of different personality types, deficits can be reduced and the likelihood of effective performances increased.

It is a good idea to explore exercises around self-belief, self-control and attention and concentration tasks, each specifically selected for certain mindsets linked to theorised personality types.

It is recommended that a variety of exercises are considered for each mindset due to the nature of individuals and the different stimuli, variables and triggers which may affect an athlete at any moment, however, if an athlete is certain of a specific type of personality trait they may regularly exhibit then selecting the mindset most typical to their performance would be a great place to start.

The mindsets selected for this exercise are based on a variety of ideas around the main five or six theorised personality types in sport.

Our selected mindsets take aspects from these models and combine them to produce five distinct mentalities which cover the vast majority of personality traits and the behaviours attributed to these.

The five mindsets you can explore include:

The daring mindset is:

The diligent mindset is:

The dynamic mindset is:

The dependable mindset is:

The deviating mindset is:

I help MMA athletes achieve their full potential. Feel free to reach out to me on Instagram 👇🏼

How to build your brand on This MMA Life