My first lesson in BJJ wasn’t that I was terrible at the sport, but rather that I could literally trust my training partners with my life. 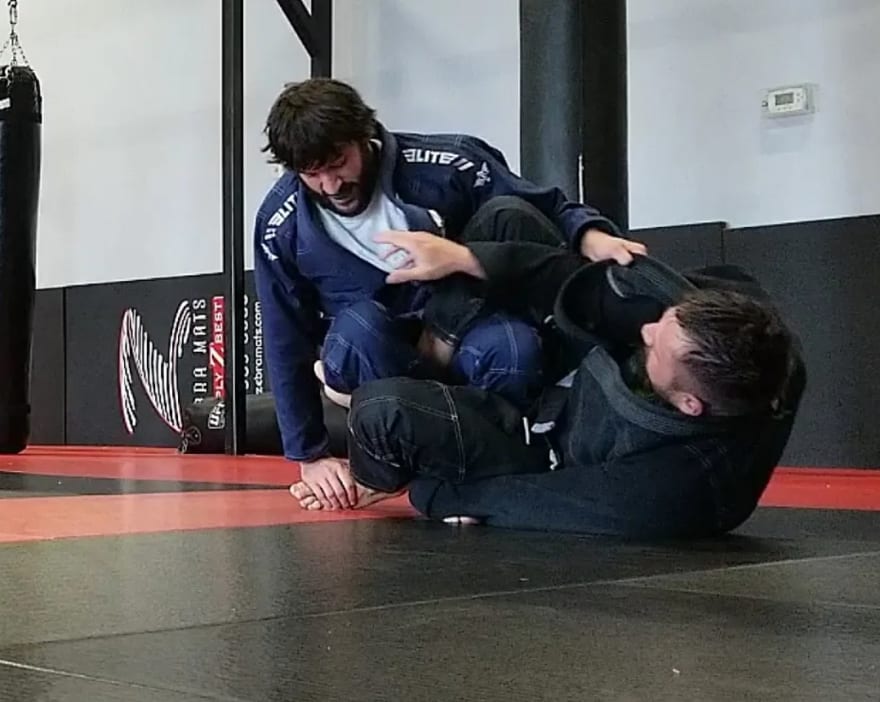 There are a million reasons that people train Brazilian Jiu-Jitsu. Some like the self-defense aspects. Some like that it is an amazing workout. Others just love feeling confident and in control. If you’re thinking about trying BJJ, then let me tell you why I LOVE jiu-jitsu.

This “Gentle Art” has changed me in ways that I never expected when I started. I’m so thankful that I swallowed my fear and walked into the gym on that first day.

While I’m far from a professional athlete, I have enough basic athleticism that I’m rarely the last person chosen in recreation kickball. That being said, I had never been so thoroughly outclassed in anything as I was in that first training session. Every single instinct that I had was wrong. When I finally left the gym, my head was spinning and I was trying to understand what had just happened to me.

I had tried other martial art classes before, but at 25 years old (at that time) I wasn’t challenged by even the meanest 9-year old black belts of those other sports. I felt those ranks were purchased rather than earned, and so it felt very inauthentic to me. BJJ was something different. Something special.

The people that I trained with that first session were maybe at the blue belt level at the time, which is just one rank higher than my lowly white belt, and several ranks still below black belt. I don’t think that I even gave them a proper warm-up, though I had put everything I had into each match.

I had been submitted countless times, yet I left the gym without a single injury. I didn’t have a black eye or a busted nose. My teeth were all intact. My joints had been stretched to the limit, and I had been choked out several times. Every single time that I tapped out, however, I was immediately released and was shown a lot of respect. No taunting or jeering like you see in so many other sports.

I learned that day that a Rear Naked Choke is the ultimate trust fall.

My first lesson in BJJ wasn’t that I was terrible at the sport, but rather that I could literally trust my training partners with my life. I get goosebumps thinking about how powerful of a first lesson that is. I can promise you that I wouldn’t trust Devon from my book club with anything more than a handshake (if you’re reading this, Devon, I want my copy of Twilight back!) Yet, every single day I trust each person in my gym with my health and my livelihood, and they trust me with theirs.

This unique social dynamic allows you to short-circuit the typical process of making friends and quickly plunges you deep into the folds of the brother/sisterhood of the Jiu-Jitsu community. When somebody submits you, you show them a vulnerable side that you probably have never shown even your closest friends before. It strips the ego away and reveals the true person beneath. The people you train with bond with you in ways that normally take months or years to achieve otherwise. 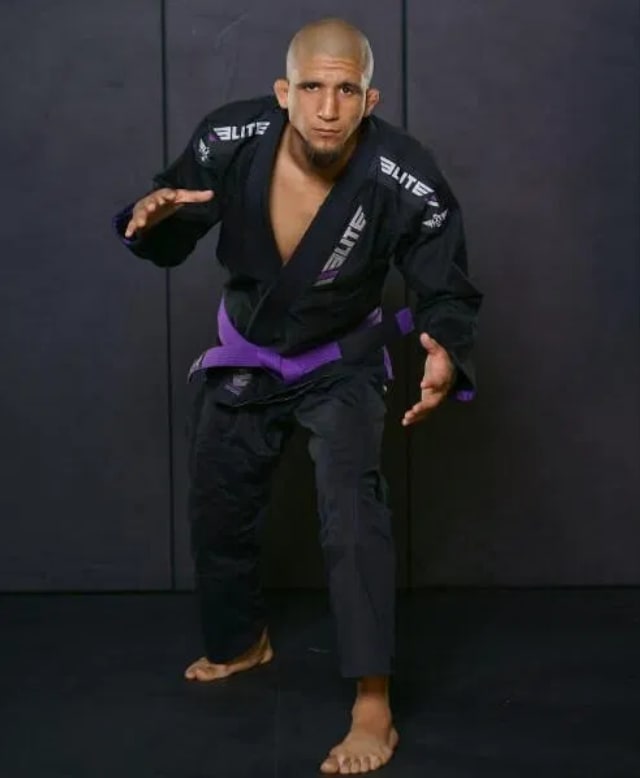 This could be your next BFF

I have some amazing friends at my gym that I know I could count on for anything, yet we know almost nothing about each other outside jiu jitsu. Earning trust is usually a long and complicated dance. It’s a dance where both parties slowly give small, intimate pieces of themselves through conversations or shared experiences, and then they wait to see if that other person somehow breaks that trust before extending greater amounts of trust. BJJ cuts through all of that.

If you don’t believe me, I challenge you to go to a Jiu-Jitsu tournament sometime and watch the competitors before and after a match. Before the match, these people are strangers. They have their emotional walls up and their game faces on. There is rarely small talk unless the two people happen to know each other from somewhere before. But after the match, you would think they have been friends for life. They’ll often discuss the match excitedly. They’ll trade pointers, joke about mistakes, and show every indication of deep friendship. Sometimes people are too disappointed by a loss to make friends, but often there is a new bond that was built in 5 minutes of sweat that would have taken two months in the real world.

You don’t just make friends in Jiu-Jitsu. You create intense bonds that go deeper than the limitations of conversation will normally allow. You learn to trust people, and people learn to trust you. The more people trust you, the more you become a teacher to them, and becoming a teacher is where real confidence begins.

Some people seem to be born with an abundance of self-confidence, but most people need social feedback to build themselves up on the inside.

We often need somebody else to believe in us before we too start believing in ourselves. Positive feedback is the seed crystal that allows all of our self-worth and confidence to grow.

The problem with a lack of self-confidence is that in showing that you lack it, society will readily agree with you. And why not? You know yourself better than anybody else can. If you don’t believe in yourself, why on earth would anybody else take the chance to believe in you? You have to reverse this cycle, and I promise Jiu Jitsu is a great way to do that.

SHEspect to all my female grappler friends

This sport drew me in because it was a challenge to my own self-confidence. When I started training, I was a lost lamb out there on the mats, and the wolves were getting hungry. I knew that I wouldn’t have confidence in myself again until I had proven myself capable of succeeding in this sport.

Day after day I put myself out there and day after day I learned important but tough lessons through defeats. In the beginning, I never felt like I was improving, but I had no frame of reference for judging my improvements.

That changed the first time this new guy came into the gym who was maybe 15 pounds bigger than me. He was a macho guy, and that intimidated me. I was nervous to roll with him. I had worked so hard and I didn’t want this brand new guy to be able to beat me even though he had never trained a day in his life.

If it had been a movie scene, I’d have beaten him using some ancient secret that looked fantastic in slow motion. But this was real life. It was a very physical match that ended at the buzzer with neither of us “winning”. While not getting tapped out was a confidence booster for me, the real ego boost was yet to come. “Man, you’re strong,” he said. “How did you flip me like that?”

I’d never been called strong before, and he was bigger than me! But more importantly, I had just become a teacher. The lost little lamb had grown a little claw. Suddenly the wolves didn’t seem quite so intimidating. Now, 10 years later, BJJ has built upon that moment for me and has brought me such a deep feeling of inner peace and belonging. Those voices in my ear that always whispered doubts have had their volume turned way down.

BJJ has given me that quiet inner-strength that lets me know that I can deal with defeat, and so I’m no longer afraid to take risks in order to win–both in BJJ and in all other aspects of my life.

I have met so many people that started their journey in Jiu-Jitsu as timid or meek individuals, and over time I have watched them find a strength that they never knew they were capable of having. I don’t believe for a second that this new-found confidence is a result of developing the ability to beat people up. I believe it comes from naturally transitioning from the role of a student to being a teacher.

The beautiful thing about Jiu-Jitsu is that you don’t have to be the person leading the class to help teach a teammate some detail that they are struggling with. White belts teach each other all the time; it’s just part of the culture of the sport. As those little lessons increase in scope and complexity, so the student becomes the teacher. Teachers become leaders, and leaders begin to receive those positive social cues that reinforce and build self-confidence. By the time somebody reaches the rank of blue belt, they are already stepping out of their own shadow and into a brighter version of themselves.

So, to answer the question of why I love Jiu Jitsu: it is a fundamental part of who I am. It continues to steer me towards being the best version of myself that I can hope to be. I can no longer separate the part of me that practices Jiu-Jitsu from the rest of my identity. Through learning the sport, I’ve discovered more about myself than I ever thought possible. I’ve exposed my hidden doubts to the world and have watched them whither as I’ve become stronger both in and out of the gym. I’m a better communicator. It has helped me in my career. It has helped me as a husband and as a father. It has shaped me for the better, and I can’t wait to see where it will take me next.

If you made it this far, Thank you! I’d love to hear your story below in the comments. And don't forget to visit Student of BJJ for everything you need to start you BJJ journey!

This weeks recommended MMA Podcasts that are worth your time

How to become an MMA fighter

Why do MMA fighters have weird ears?

How hard is it to be an MMA fighter? - Heartbreaking interview with Jimmy Flick

Once suspended, studentofbjj will not be able to comment or publish posts until their suspension is removed.

Once unsuspended, studentofbjj will be able to comment and publish posts again.

Once unpublished, all posts by studentofbjj will become hidden and only accessible to themselves.

If studentofbjj is not suspended, they can still re-publish their posts from their dashboard.

Once unpublished, this post will become invisible to the public and only accessible to Zack Hulett.

Thanks for keeping This MMA Life safe. Here is what you can do to flag studentofbjj:

Unflagging studentofbjj will restore default visibility to their posts.