The mixed martial arts (MMA) sport is making waves around the globe and is seen as one of the fastest-growing multibillion-dollar-a-year sports industries.

The rise in interest in MMA over the last twenty years induced competitors to enter and claim a share of this lucrative market, leading to a bloody red ocean. But one organization, Bellator, a subsidiary of Viacom, is trying to upend the existing industry structure by reaching to noncustomers and striving to provide an unparalleled entertainment experience.

Will Bellator MMA be able to make its competition irrelevant? Josh Connor argues that it is sailing towards the blue ocean, a concept created by W. Chan Kim and Renée Mauborgne, in this literally bloody industry. Enjoy his analysis below.

As one of the fastest growing sports in the world, Mixed Martial Arts (better known as MMA), is a full contact, combat sport which incorporates the skills and abilities from a host of traditional martial arts disciplines (wrestling, jiu-jitsu, boxing, karate, muay thai, etc) all mixed into one. In MMA, two athletes at similar weight classes square off in a ring (also known as a cage) or octagon to determine which athlete has the best mix of skills and warrior spirit to emerge victorious over 3 five minute rounds (5 rounds in championship fights) of competition. Fight bouts are generally scored by three ringside judges where a final determination is made at the conclusion of the fight as to whom will be the victor based on factors such as effective striking, grappling, control of the ring/octagon, and effective aggressiveness and defense. Fights may also end prior to judges’ decision in the event of a fighter knockout (KO), technical knockout (TKO), or tap out due to submission. While the sport of fighting has been around for thousands of years in one form or another, the launch of MMA in 1993 by the Ultimate Fighting Championship (UFC) set off a martial arts sporting revolution which has since grown into a multibillion-dollar-a-year worldwide industry. 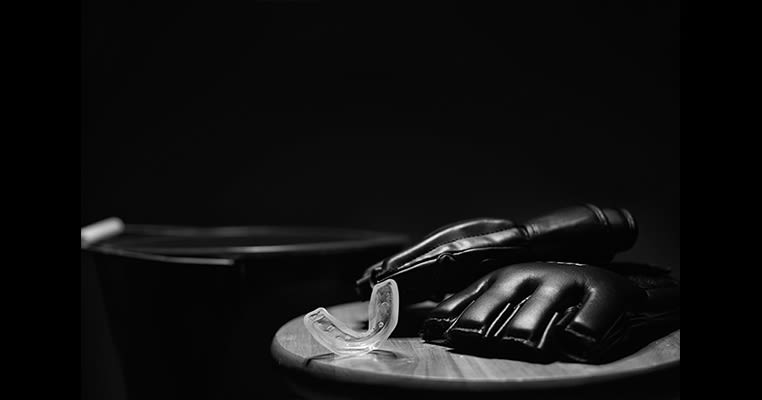 Today, for example, the UFC generates over $500 million in annual sales, according to Bloomberg.com estimates. With the emergence of the lucrative MMA market that UFC unlocked, over the last 20+ years a slew of companies entered hoping to win their share of the market. From Pride Fighting Championship to World Extreme Cage Fighting, Affliction MMA, King of the Cage to Bellator, all began to focus on competing against one another for market share. As competition among these companies became increasingly more intense, profits declined and the once blue MMA market become bloody as companies who couldn’t survive on such small margins went out of business. Ironically, two of these flagging companies — Pride Fighting Championships and World Extreme Cage Fighting — were both acquired by the UFC after failing to thrive in a sea of sameness as all increasingly were near mirror images of one another. Over time, the MMA market became saturated with countless content suppliers and declining profit margins which left only the most competitive companies like the UFC and Bellator MMA able to make a profit and thrive. 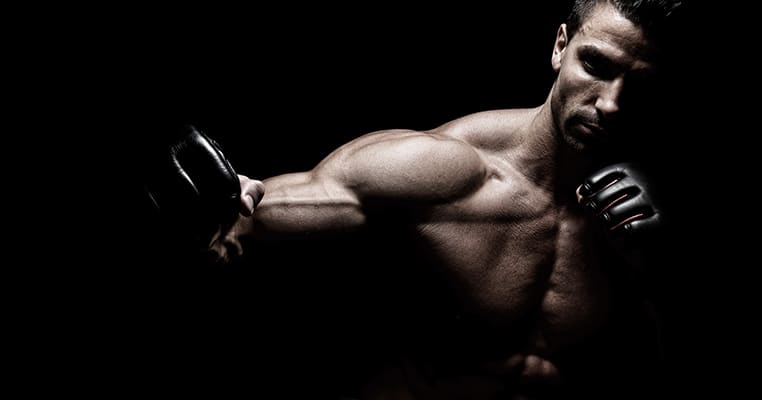 Nearly a year ago however, Bellator MMA (the #2 organization in the MMA market today behind the UFC) replaced its CEO with Scott Coker. Bellator’s parent company, Viacom, sought a change in direction for the company and brought Coker in to achieve it. In witnessing Bellator 138, a fight hosted in June 2015, I saw the concept of Blue Ocean Strategy, which I had learned in my Florida State MBA program, put into practice. The aim of Bellator 138 wasn’t to compete; it was to offer a quantum leap in value to sail towards blue waters. In particular, the blue ocean strategy reconstructionist view that structure and market boundaries only exist in managers’ minds and that by not limiting thinking to these boundaries companies can unlock untapped demand through value innovation. 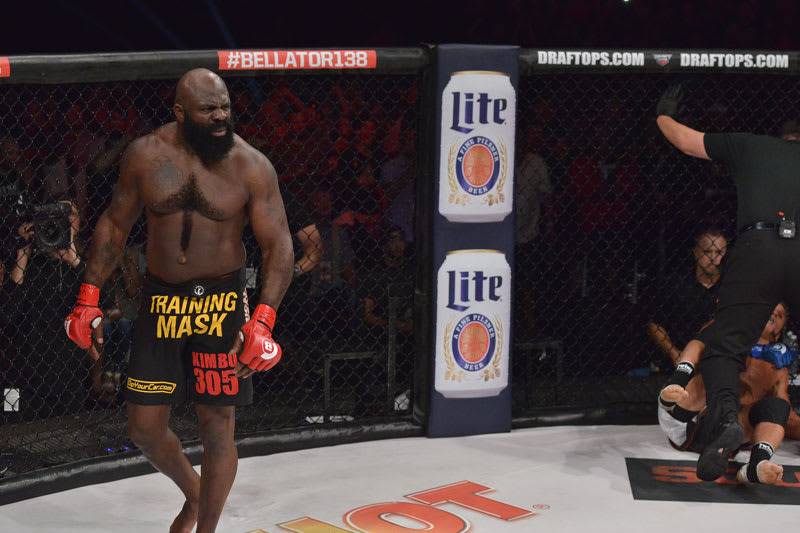 For those new to MMA, Bellator 138 was a fight card headlined by Kimbo Slice and Ken Shamrock that drew 2.1 million viewers at its peak. It was the declaration of Scott Coker and Bellator MMA’s blue ocean strategy to the UFC. In a recent round of MMA media interviews with Scott Coker, Coker boldly stated that he doesn’t view himself in competition with the UFC at all. When questioned as to whether Bellator MMA was in somewhat of a zero-sum game with the UFC in regard to fighter talent acquisition, Coker brushed the idea aside and indicated that he was not concerned about direct competition with the UFC and merely wanted to do his part to advance the sport of MMA as a promoter. 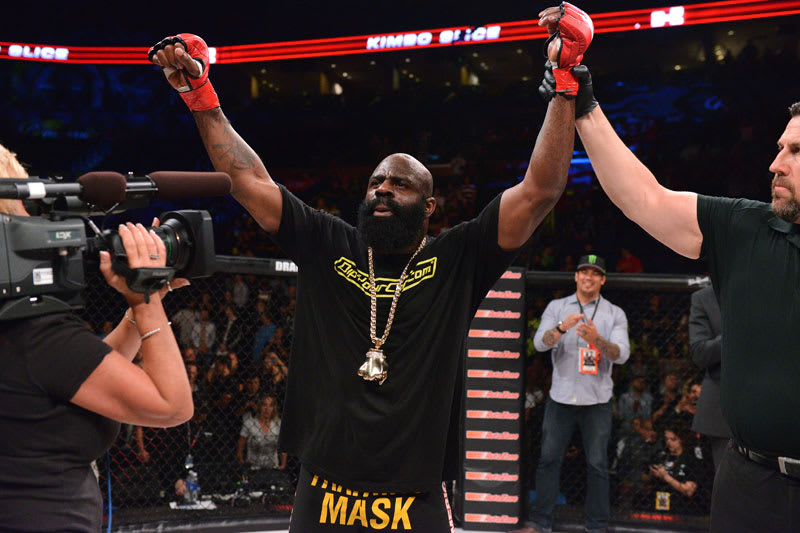 If you witnessed Bellator 138, you got the feeling you were watching something completely different. Much how Cirque du Soleil completely reinvented the circus and achieved its own blue ocean strategy apart from the Ringling Bros. and Barnum & Bailey, you couldn’t help but think from a business perspective you were witnessing the same thing with Bellator MMA. After all, the event was free on Spike TV. 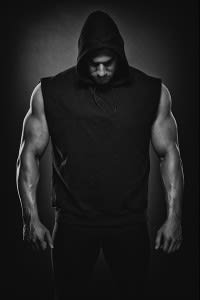 There was no $59.99 UFC pay-per-view (PPV) barrier to entry and the event was pulling in a whole new group of customers who were traditionally noncustomers of the industry. Fans of theatrics and dramatic performances were tuning in for the creative and choreographed fighter walkouts to the cage. Professional wrestling fans were tuning in for the compelling fighter storylines and dramatic fighter promos leading up to the bouts. Casual Youtube fans were tuning in to see Kimbo Slice whose infamous bareknuckle, backyard brawls launched him into the Youtube viral stratosphere many years prior. Middle aged men in their 40’s who had long left the sport behind were tuning in to see if there was still hope for a sporting prime in the cage at 41 (Kimbo Slice) and 51 years (Ken Shamrock) of age. And a slew of viewers from all different walks of life and age demographics were just tuning in to see what all the hubbub they had been hearing about at work/school all week was about.

How many people at the work water cooler were you surprised to hear talking about this fight from a wide, eclectic set of backgrounds before and after it happened? For me, it was quite a few. Heck, even my wife who has no interest in MMA was eager to see how Kimbo Slice from her hometown of Miami would fare. In essence what you had at Bellator 138 was Bellator announcing its attempt to create uncontested market space by creating an unprecedented entertainment experience headed into the future. As Coker stated in his interviews with MMA media previously, not everyone cares to see #1 vs. #2 fighting in MMA. In fact, according to the peak number of viewers during the Ken Shamrock vs. Kimbo fight, 2.1 million viewers in particular didn’t mind as both Kimbo Slice and Ken Shamrock are light years beyond their fighting prime. 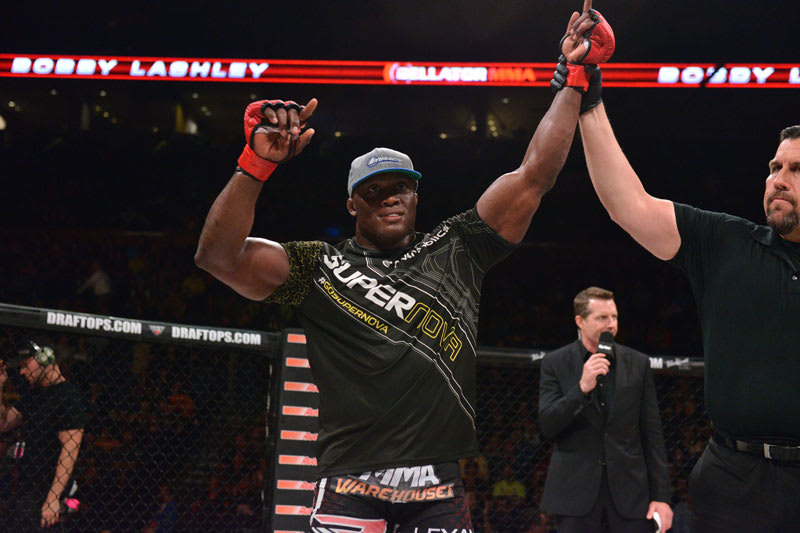 By pursuing a different strategy than the UFC by favouring the more fun and entertaining elements of MMA over the pure sporting aspects, Bellator has refused to compete in the bloody red ocean which the UFC dominates currently through a superior roster of fighters. As a result, Bellator has decided to put less energy into head-to-head competition and more energy into creating their own blue ocean where they can identify unmet MMA consumer needs. By offering free viewership (as opposed to PPV), embracing fighter individuality and encouraging creativity in their fighter walk-outs to their bouts, and offering intriguing “what if” fight scenarios between a stable of MMA superstars from a host of different martial arts backgrounds, Bellator essentially had something for everyone who tuned in. Moreover, Bellator also announced in future events they would be holding Kickboxing matches within their MMA fight cards (a first ever in combat sports) as well as the return of 4 man fight tournaments where fighters fight more than once in one night. At the conclusion of Bellator 138, rather than leaving the television having consumed a show, I felt I walked away consuming a memorable experience. 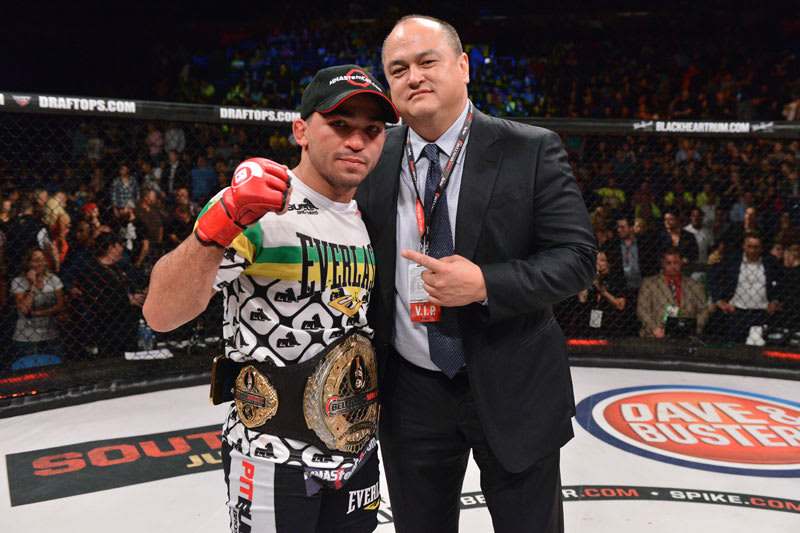 Much how Apple pioneered new markets with the iPod and iPhone, most people were relatively happy with their cd player and flip phone until Apple came along and showed a completely different and more mobile way of accomplishing the same task. The UFC’s current MMA product in terms of PPV entertainment value has remained largely unchanged in format and context over the last decade and is no longer cutting it for most entertainment consumers these days who want to experience the next level of entertainment experience as it relates to MMA. This is especially true when coupled with the fact the majority of MMA content consumers are becoming more and more accustomed to free premium content (versus the UFC PPV paywalls) as MMA content continues to proliferate across the market. What the world experienced in June at Bellator 138 was Bellator debuting something completely different in terms of entertainment value. I didn’t think I wanted this until Bellator showed me what is akin to Cique du Soleil for MMA. Now that I have seen it, I’m not quite sure a return to the Ringling Bros… I mean the Ferttita bros (the brothers who own the UFC)… will scratch that same unprecedented entertainment experience itch.

Bravo Bellator MMA and CEO Scott Coker on your new found blue ocean strategy in the MMA market. I’m buckling up for the ride! May the winds of uncontested market space and value innovation be forever in your favor.

*Josh Connor is currently a U.S. Army Major serving as the Chief Financial Officer of a U.S. Army Hospital in Fairbanks, Alaska. Prior to serving as a CFO, he was a UH-60 Blackhawk MEDEVAC pilot. His educational background includes: B.S. from the U.S. Military Academy at West Point, MBA from Florida State University, & MPA from the University of South Florida. Ultimately, he would like to work the business side of Mixed Martial Arts. His business insights on the MMA market can be found at MMABro.com. 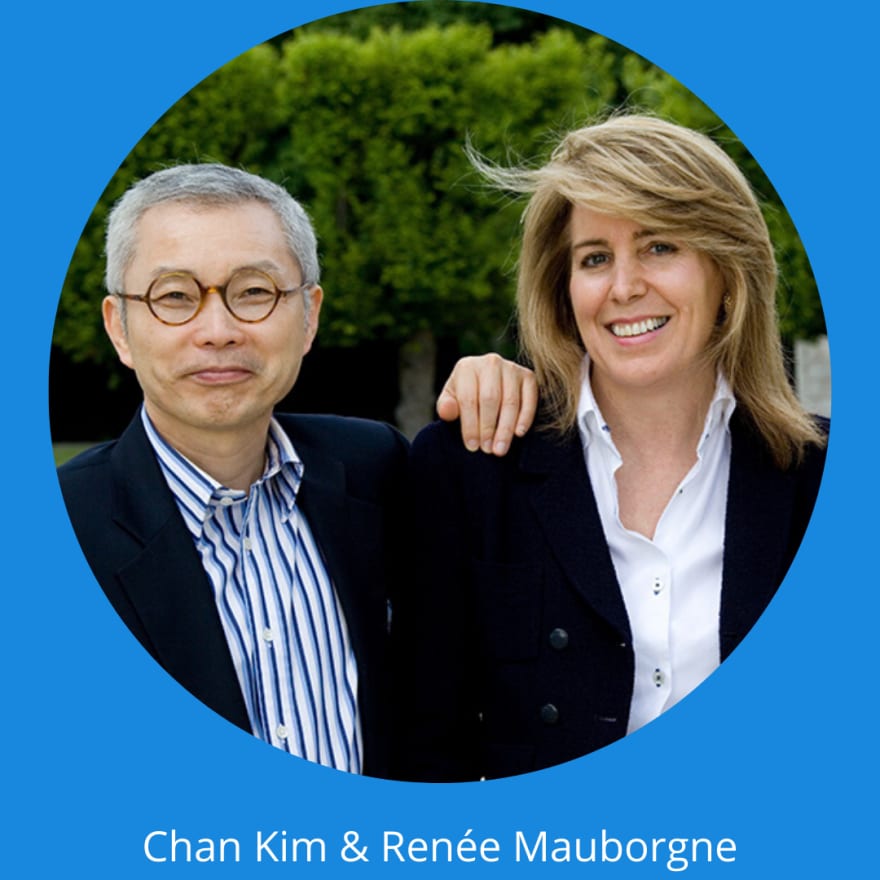 Get blue ocean insights from the

#1 MANAGEMENT THINKERS IN THE WORLD

straight to your inbox!

Get blue ocean insights from the #1 MANAGEMENT THINKERS IN THE WORLD straight to your inbox!

Organizations: Building your audience on This MMA Life

Bellator 275: Gegard Mousasi vs Austin Vanderford. Everything you need to know.

Once suspended, taylorray_420 will not be able to comment or publish posts until their suspension is removed.

Once unsuspended, taylorray_420 will be able to comment and publish posts again.

Once unpublished, all posts by taylorray_420 will become hidden and only accessible to themselves.

If taylorray_420 is not suspended, they can still re-publish their posts from their dashboard.

Once unpublished, this post will become invisible to the public and only accessible to Taylor Ray.

Thanks for keeping This MMA Life safe. Here is what you can do to flag taylorray_420:

Unflagging taylorray_420 will restore default visibility to their posts.