Alright, I hear ya. We already have some amazing, pioneering, gay MMA athletes and some of these outstanding human beings are actual UFC champions! 👇🏼 (we totally love you, Amanda Nunes!)

So where are all the gay guys at? 🤔

Btw, that is an incredible display of solidarity with the lesbian, gay, bisexual and transgender community by UFC athlete Kyle Kingsbury.

Dana White once said this 👉🏼 "I'll tell you right now, if there was a gay fighter in UFC, I wish he would come out." - We agree, UFC history was made at UFC 224 in Rio de Janeiro when two gay fighters, Amanda Nunes and Raquel Pennington, competed for the UFC bantamweight title.

White went on to welcome any fighters who may be gay, stating, "I could care less if there's a gay fighter in the UFC. There probably is, and there's probably more than one."

Dan Hardy also once said that any male fighter who came out as gay would get "massive respect".

"Obviously, you’re going to get the occasional person who is going to be difficult or insecure about their feelings towards somebody else’s sexuality, but I think, for the most part, they would be celebrated and respected, for openly owning their sexuality in a very masculine environment. I’m sure there are gay fighters in the UFC that are on the male side of roster at the moment. I’m sure there are. And I’m sure it won’t be long until at least one of these fighters is confident enough to come out and own their sexuality, and I think it will be a great day when it happens.", says Dan.

The first male MMA fighter to come out was Shad Smith, he deserves absolute praise for being a pioneer of social bravery.

However, in the entire sport of mixed martial arts there are only two openly gay male fighters, but UFC lightweight Marc Diakiese broke barriers by becoming the first UFC fighter in many years to pose for a gay magazine. 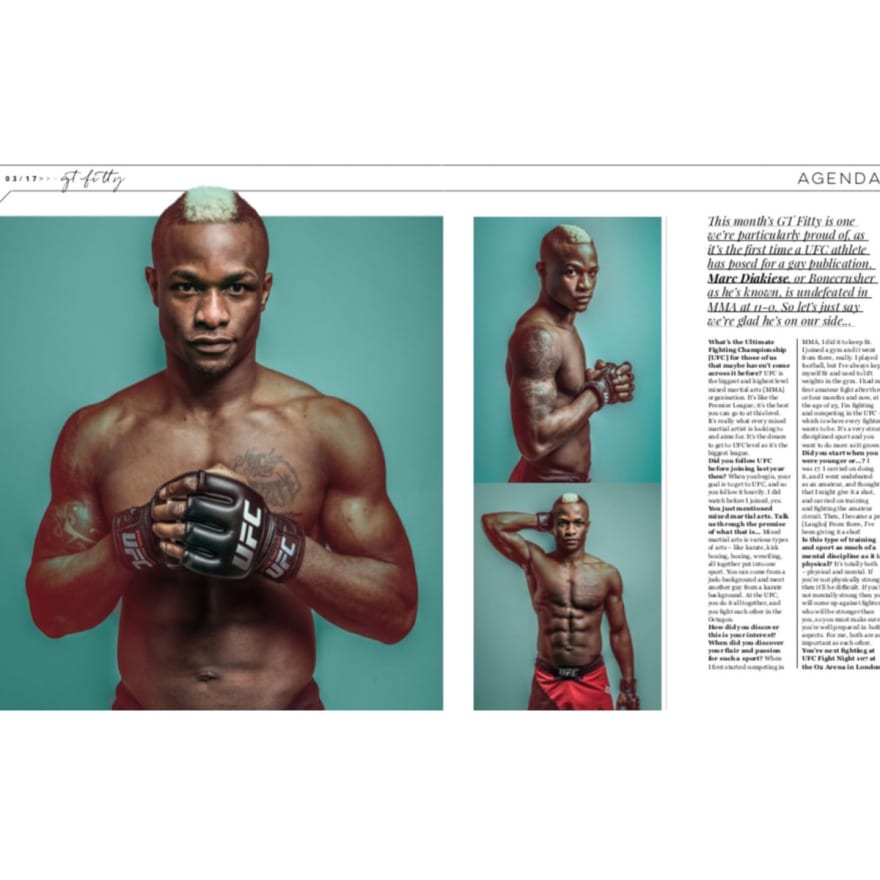 Rising star @Marc_Diakiese making history as the first UFC athlete in a gay publication, in @GayTimesMag's March Issue. Out now!

Here at thisMMAlife, we are all about inclusion, providing a progressive community and platform for anyone wishing to share their knowledge and ideas without discrimination or judgement, so if you know any gay male fighters (female too!) then send them in our direction and let's get them posting their knowledge and experience of "being gay in MMA", maybe it will inspire some young up and coming young male athletes that are way too afraid to come out, especially in a male-dominated MMA gym.

Is MMA one of the most progressive LGBT+ friendly sports? Is the UFC pushing the boundaries here? We think it is, and knowing Dana White, if he found a gay Conor Mcgregor, he knows the numbers of PPV would skyrocket, that person, whoever it may be in the future would likely become an icon of the promotion and the overall sport, kicking down the door for a flood of openly gay men that would lead the way to "being gay in MMA".

This article is now the top search for ‘gay in mma’ and since then this was posted: 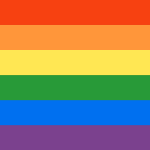 Once suspended, teamthismmalife will not be able to comment or publish posts until their suspension is removed.

Once unsuspended, teamthismmalife will be able to comment and publish posts again.

Once unpublished, all posts by teamthismmalife will become hidden and only accessible to themselves.

If teamthismmalife is not suspended, they can still re-publish their posts from their dashboard.

Once unpublished, this post will become invisible to the public and only accessible to Megan Chaten.

Thanks for keeping This MMA Life safe. Here is what you can do to flag teamthismmalife:

Unflagging teamthismmalife will restore default visibility to their posts.