Anyone that knows me well, knows that when I set my mind on something, I commit myself to making it happen. For example, read why I fought an 8x world Jiu-Jitsu player here 👇🏽. 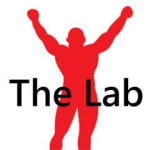 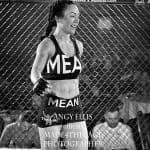 Why I Fought an 8x World Jiu-Jitsu Player

So one day whilst I was staying in Hollywood, I committed to setting off on foot to find Glendale Fighting Club, home to UFC women’s bantamweight world champ, Ronda Rousey.

All I knew was that the ‘780 bus’ took me from Hollywood (where I was staying) to Glendale (where the gym was), I asked a lady on the bus who told me which bus stop I should get off at and then I asked a hotel receptionist where the street was that I needed to be on. I came to realise I should maybe research these things better rather than winging it all the time! 😂 Luckily it was easy enough to get to!

The door was locked when I arrived but, I could see a bunch of Armenian guys hitting the bags so I just waved like a nervous geek and someone came to let me in, the guy was called Sevak, one of the coaches and professional MMA fighters there.

I could feel myself going red as I was talking because I could feel everyone staring in my direction (for those who don’t know me I actually get pretty shy and stuttery when I talk in front of new people, but I’m working on it!) Anyway he was lovely and told me to come along to an evening session.

The classes were good, but I wanted to train with fighters. However, I hadn’t been able to get in touch with anyone from the gym beforehand so to them I was just this random English girl who’s rocked up and asked to join the fighters! So I went to another session, this time Muay Thai and again gave 100% did all the drills and conditioning, tried to show I’m the real deal then when we all play sparred at the end, I let my technique flow and the coach that night (Alfred) came over and said I could join the fighter sessions...yay! Oh and this was the night I met Ronda.....

I introduced myself to Ronda, we briefly spoke as she was leaving, then I pretty much saw her every morning after that as she was training which was pretty cool. I waited about a week before I asked for the geeky fan photo though. 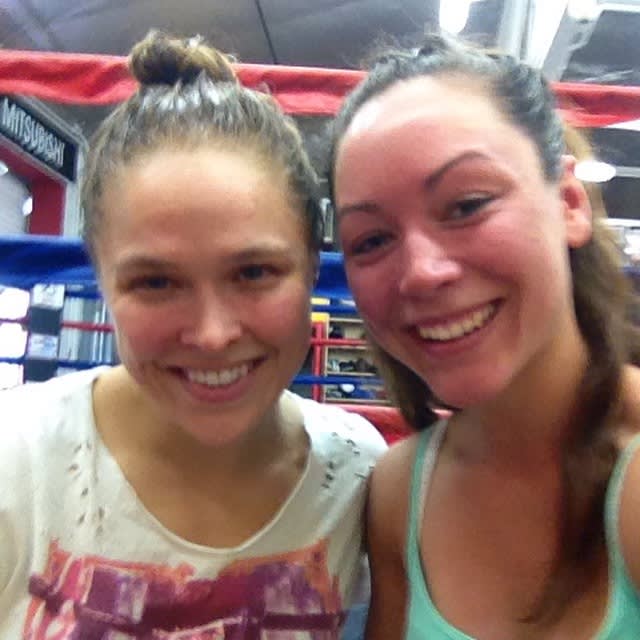 I was excited but also nervous, I made my way to GFC but when I arrived all the lights were still off, I entered and was greeted by the S&C coach, I said I was here to train then I went off to the toilet to get changed. When I came back I overheard him talking on the phone about me, he was asking Sevak who I was and was I in for a one to one with one of the coaches. It was another coach, Alfred who had said to come down so I was getting all a bit confused and lost by this point.

The S&C coach then started asking me questions about my background, training, record etc and I was starting to feel a little unwelcome, I felt really awkward and didn’t want to be there. I felt like an idiot that I hadn’t managed to get in contact with someone earlier so I wouldn’t have to keep explaining who I was once I was there, anyway he said he was about to run a conditioning session and that I could stay if I wanted too. I wanted to leave, I felt uncomfortable but I also knew in my head that I should stay, so I did. I hung around for the next 30 minutes saying hi to people who arrived whilst I anxiously just sat on the side of the ring picking my finger nails. Then in walks Edmond Tarverdyan. He came over to me, we exchanged pleasantries then he instructed me to get warmed up, skip, shadow box and hit the bags. Result.

This was the first time I’d ever met Edmond in person and I can honestly say, what a nice guy, we spoke and he said he’d pad me the following day. 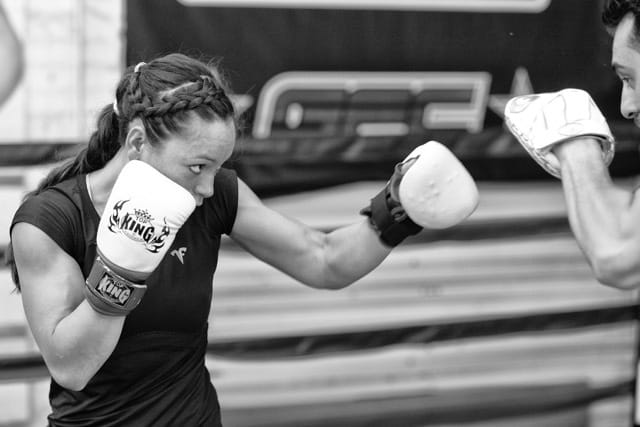 After this I think I gained a little more respect. Alfred was fighting at the end of the week and one of the girls I had met, Paola invited me to go to the show so I thought I’d go along to support. There was a real family feel to the gym, when I arrived at the show, Sevak sat me with the rest of the guys from Glendale and said if I needed anything just to ask, oh and the event food was a nacho buffet! This was 100 times better than the shitty burgers and sausage rolls we have back in the UK!! 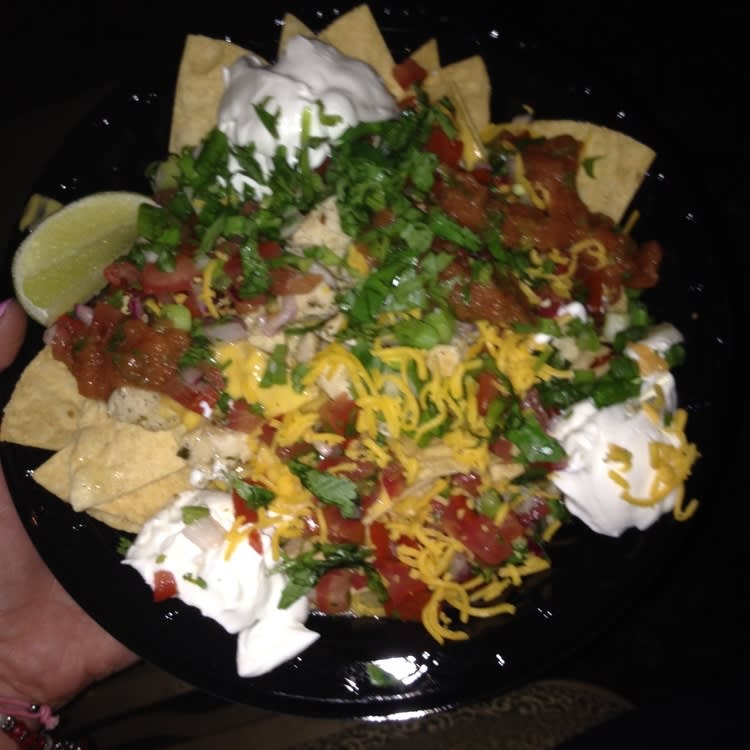 My time was coming to an end in LA, I had my last session at Glendale on Monday morning, the day before I left and was a little sad to be leaving. I met Ronda’s two photographers, Eric Williams and Hans Gutknecht who were lovely. I told them they’d be photographing me one day. (They actually already have but I meant on the bigger stage!). 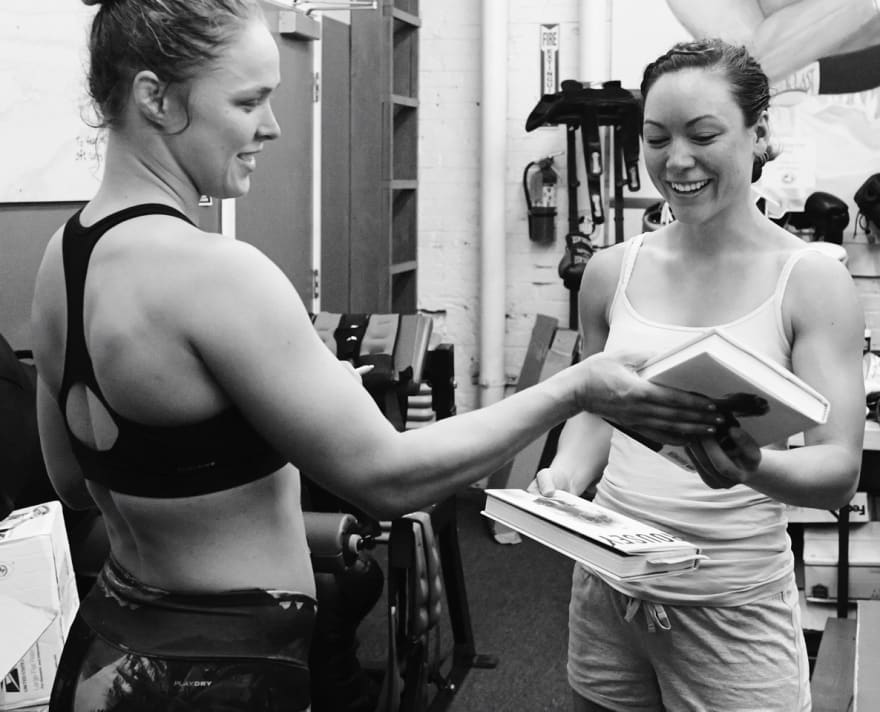 To everyone at Glendale I was just some random fighter chick from England, but to me I am the chick who has rediscovered my mojo, who continues to improve, who welcomes the uncomfortable, and who will succeed and show the world just how great I will be.

Never give in, believe in yourself and persevere for what you want in life.

Thanks for reading! Lanch x