As I mentioned in the previous article, there are many different types of jiu-jitsu 👇🏽 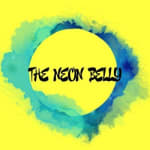 Starting out in the world of Jui-Jitsu, BJJ or GJJ

Although I am obviously far from an expert in the history of the sport, I have picked up a thing or two about its origins and the different branches that have sprung out of its humble beginnings. In the 1920s in a faraway land called Brazil, a family called the Gracie's developed what is now known as Brazilian Jiu-Jitsu (BJJ). Jiu-jitsu itself being Japenese and meaning small man in white pyjama-like clothing.

The idea, originally, was to adapt the Japanese Jiu-jitsu to a more ground-based form of self-defence to enable even the smallest person to come out on top against larger opponents. Like any martial art, it has a practical application and a purely sporting discipline. Some say that modern sports jiu-jitsu is not as effective as the self-defence style in a real-life altercation, although they both utilise more or less the same moves. I will let someone else argue this one out who cares and knows more about it than I do.

The club that I have joined and am now a proud member of practices Gracie Jiu-jitsu and teaches it through a world-wide used program called "Gracie Combatives". The idea with the Combatives program is simple, master 36 essential techniques over 23 classes which run in a loop and can be joined at any point. You have a progress card and access to an array of online resources to help you come along. The more you attend, the more you are able to join up the techniques into something that takes you from an out of shape slug on the ground to something that resembles a person competent in looking after oneself and others.

My progress card at present, it is a bit like bingo for street warfare. 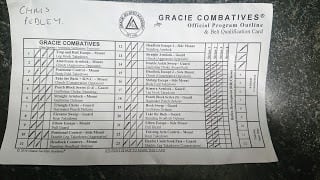 As the name implies, the Combatives program is designed to keep you safe on the streets if trouble should ever come your way, or the way of others. This, however, does not mean that it is unsuitable in the world of sports jiu-jitsu. After visiting the ADCC which is a high-level BJJ competition, I was surprised when watching the highest level black belts competing against each other, how many of the submissions were the same as those that we were learning in our "starter program".

Whilst more advanced adaptations have been made by the top practitioners, it was motivating to see that the basics that I learn in my class full of white belts were still being applied at the highest level. Watching MMA (mixed martial arts) it is easy to spot many of the Combatives techniques used on a regular basis and observe them being utilised to win world titles and topple top-ranked opponents. In the world of pure "sports" jiu-jitsu, there are an infinite amount of advanced moves and techniques that are constantly being developed, that is part of the allure for me personally, an ever-evolving sport with some frankly mad combinations of moves and transitions to get the battle won.

Darren demonstrating a triangle on me. 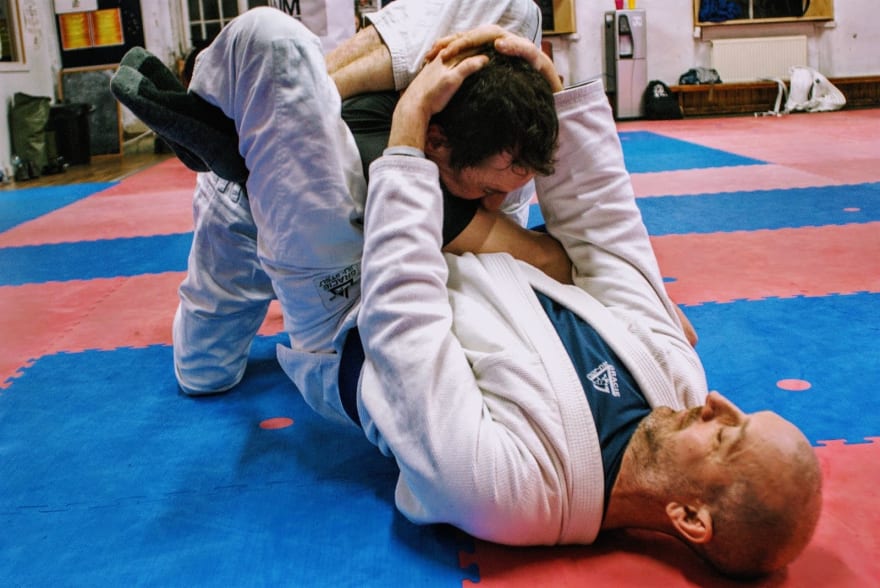 To stay true to the originally intended application of the martial art though there needs to be an element of self-defence against an unskilled opponent, imagine the village idiot trying to cause a scene on a Friday in your local bar. Now whilst sports jiu-jitsu is an amazing display of skill against another jiu-jitsu practitioner, it doesn't prepare you for that local knuckle-dragger running at you with a pint glass trying to take your head off with a haymaker of a punch. This is because there are no strikes allowed in jiu-jitsu so putting yourself within punching range is not a problem as there is never one coming your way (unlike a night at The Loose Goose in Sowerby Bridge).

As previously mentioned, the Combatives program is designed to keep you safe on the street by using jiu-jitsu. What makes it different from sports jiu-jitsu is that it incorporates things such as distance management when it comes to a face to face confrontation. Furthermore, it uses different strategies to deal with a variety of behaviours from an opponent, ranging from somebody running at you with a big looping punch, to somebody a little more conservative yet still posing a danger.

Darren giving some one on one time to help iron out the creases on certain moves. 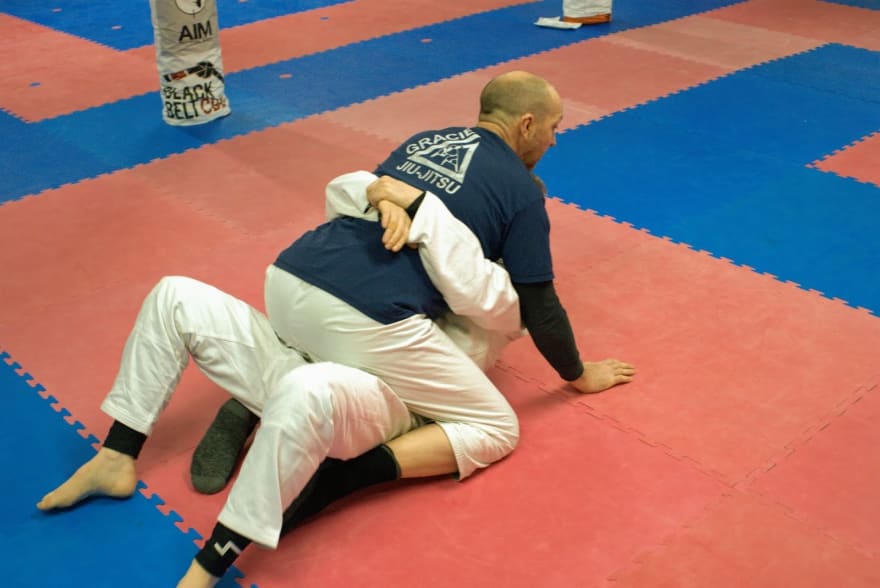 First and foremost the aim is to not put yourself in a position where you are going to get hit. This is achieved by either staying a good distance away or being so close that any strikes will have no impact worth worrying about. From the moment that contact is made with the opponent, the game is on. Through a variety of techniques, the Combatives program teaches how to take the opponent to the ground, control them, and without using any strikes, achieve an outcome of compliance from the aggressor.

Aside from the self-defence element of Combatives, it also enables you to develop the techniques used in sports jiu-jitsu. This way instead of waiting around looking for a fight to kick off to put your skills to the test, you can enjoy trying out the techniques in a controlled environment with your training partners. After going through the Combatives card a couple of times you are invited to take part in real-life fight simulations and what they call "reflex development" which helps you join the techniques together.

On paper it sounds great but how effective is it in reality?

Fortunately, I haven't had to put my Combative skills into action in a street environment yet, so can not say how effective they are in that way. However, there are other clear indicators of the legitimacy of the techniques.

I have attended a few seminars/workshops of various jiu-jitsu "legends" since starting and when we have had a roll (a match if you will) afterwards, I have felt that despite not having the same experience as people who have been practising longer than me, I have not felt completely out of my depth and have even managed some small victories which isn't bad at all considering the fact that Combatives is not intended as a "sports jiu-jitsu" scheme.

Thankfully, the group of students that we have at our club is varied in size, age and strength, as varied as you would find if you took a cross-section of 20 people from any high street. Having the ability to try out the techniques on each other is a true tester of whether what we learn is actually going to work in a street setting. As a 6ft 2 guy who weighs 96KG, I can honestly say that a 16-year-old girl in our club, who has a very legitimate jiu-jitsu game, can keep me pinned to the ground and slip out from under me and escape if I try to do the same to her. She can take my back and wrap a strangle around my neck that leaves me seeing stars. One day she will believe me when I tell her it is working and let me go sooner...Maybe...

When the tables turn and it is the daughter putting the father to sleep. 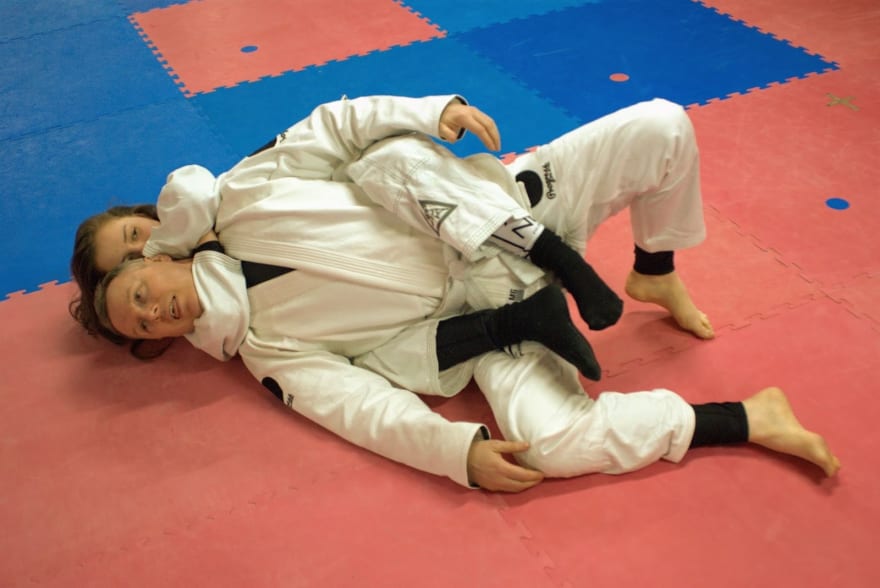 Aside from the martial element to the Combatives scheme, there are many other benefits. Fitness is a big one, even though aesthetically jiu-jitsu doesn't seem like a particularly physically rigorous sport it soon helps trim down the lbs and build some good core muscles. As somebody that has had a bad back from an old injury for many years I have noticed that it has improved since starting, I think that this is due to jiu-jitsu having a big emphasis on posture and technique instead of strength and overreaching.

Socially, a jiu-jitsu club is a great place to meet people too, having an ego-free environment where the emphasis is on learning and helping to better each other it makes for a great place to get to chat away to people that otherwise I would never meet. One of the main benefits is that at the end of a long and arduous day at work that has sucked the life out of you, a couple of hours learning and perfecting techniques and having a laugh at the same time always seems to wipe the scowls off the face before the day is done.

The head boys at the club, taking things incredibly seriously. 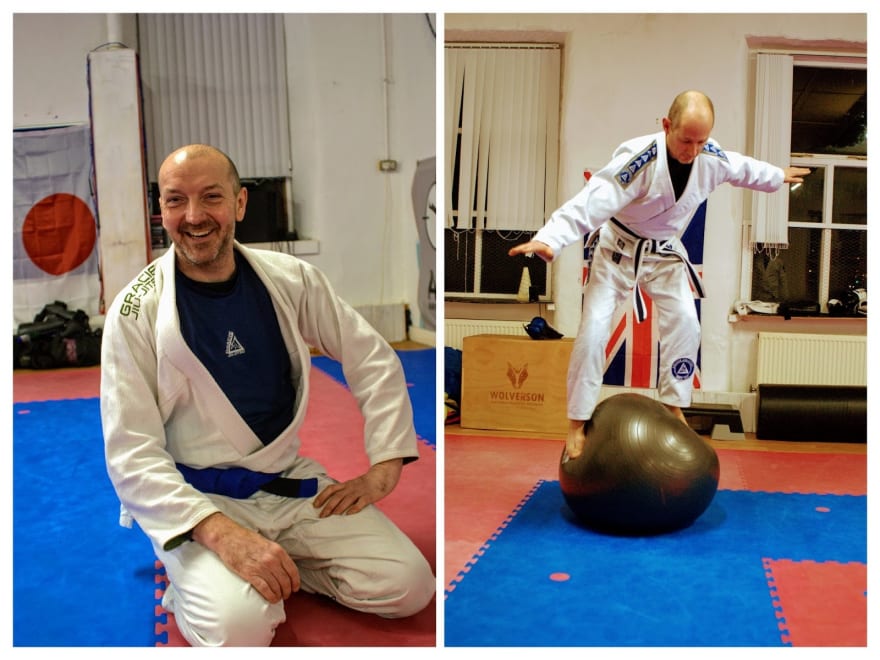 All in all, although I don't have anything to compare Combatives to, it has kept me coming to class and gives me something to look forward to. I know that my pre-jiu-jitsu version of myself wouldn't be nearly as competent in a street altercation and in a sports environment I wouldn't have stood a chance.

Observing how effective it is when applied through people of all shapes and sizes, and seeing that almost everyone makes the effort to come to class after long days at work and study, legitimises itself to me. To summarise I would say that if you have no experience, Combatives is a great foot in the door to the world of jiu-jitsu and martial arts as well as being a good way to add a bit of extra kick and passion into your life.

Thanks for reading,
Chris

What to expect from your first BJJ or Jiu jitsu class

MMA Basics. How to defend against the calf kick.

MMA Basics: How you can survive the BJJ Mount Position

Chris Pedley
Not long in the game of Bjj but documenting my findings and developments as I go.
My Ben Poppleton BJJ seminar experience
#bjj #tutorials
Starting out in the world of Jui-Jitsu, BJJ or GJJ
#bjj #tutorials #inspiring

Once unpublished, this post will become invisible to the public and only accessible to Chris Pedley.

Thanks for keeping This MMA Life safe. Here is what you can do to flag theneonbelly1:

Unflagging theneonbelly1 will restore default visibility to their posts.