Update: Link to "Everything You Need to Know" thread has already went up. 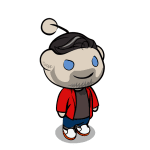 ONE X. Here's what you're need to know.

After year-long of amazing fights (and of course, the pandemics which interrupt nearly every ONE Championship fights available), there's nothing better to celebrate the achievements in a massive scale. After all, X gonna give it to you.

In the first part of the event, comes the Finale of Featherweight Kickboxing World Grand Prix between Chingiz Allazov and "Killer Kid" Sitthichai. There will also be Submission Grappling for both back-to-back world champion Reinier De Ridder vs. Andre Galvao and Danielle Kelly with her ONE debut vs. Mei Yamaguchi as well.


And now, here comes the most epic finale the whole internet has been talking about. Angela Lee has returned to Singapore Indoor Stadium to defend her Atomweight World Title against Kickboxing & Muay Thai World "Champ" Stamp. Meanwhile in the co-main event, "The Iron Man" Rodtang and "Mighty Mouse" Johnson has mixed up both Muay Thai and MMA into this Special Rules Bout.


Man, with so many fights to see, this has been named as Southeast Asian's RIZIN! It's like UFC PPV event in the scale of WWE's WrestleMania. (editor note: I might not enjoyed WWE for too long, unless my dad will. #truestory)

ONE: X was set to be held on Saturday, March 26, 2022 at Singapore Indoor Stadium. In case you're not at Singapore or currently unable to travel due to restrictions, you can watch the whole events, including the PPV Finale, through their official website. For all other regions, mainly Southeast Asia, please referred to this link.

Bellator 274: Neiman Gracie vs Logan Storley. Everything you need to know.

Next UFC is UFC Fight Night: Bobby Green vs Islam Makhachev. Everything you need to know

Next UFC is UFC Fight Night Walker v Hill. All You Can Eat 🍕

Next UFC is UFC 271 Adesanya vs Whittaker. All You Can Eat 🍕

Valentino Lau
My life was currently in progress. So expect to have a discussion about something inside the cage when it's ready to unleashed.
Next ONE FC 158: Tawanchai vs. Larsen. Discussion and Content thread
#events #onechampionship #eyntk #onefc
ONE 157: Petchmorakot vs. Vienot. Everything you need to know.
#onefc #events #onefcnews #everythingyouneedtoknow
ONE 156: Eersel vs Sadikovic. Everything you need to know.
#onefc #everythingyouneedtoknow #events #onefcnews

Once suspended, vernardolau will not be able to comment or publish posts until their suspension is removed.

Once unsuspended, vernardolau will be able to comment and publish posts again.

Once unpublished, all posts by vernardolau will become hidden and only accessible to themselves.

If vernardolau is not suspended, they can still re-publish their posts from their dashboard.

Once unpublished, this post will become invisible to the public and only accessible to Valentino Lau.

Thanks for keeping This MMA Life safe. Here is what you can do to flag vernardolau:

Unflagging vernardolau will restore default visibility to their posts.